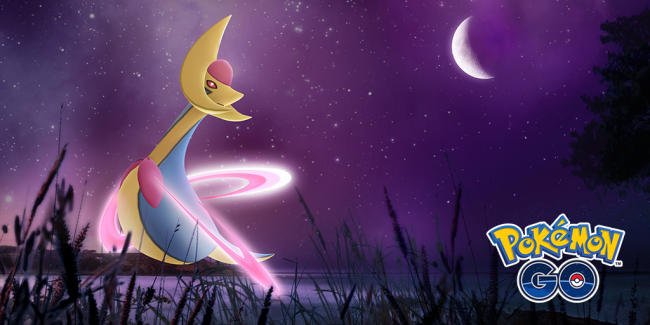 As part of the first half of their week-long Brilliant Diamond and Shining Pearl event, Cresselia will appear in Pokemon Go's 5-Star Raids.

Trainers can now encounter the said Psychic-type Legendary Lunar Pokemon from Generation IV in the aforementioned Raids until November 18th at 10:00 AM, local time. If they are lucky enough, that might even encounter, defeat, and caught its Shiny Version.

In order to have Cresselia in their collection, Trainers must know first its weakness, as well as the Pokemon that can counter it once they have encountered it in the game's 5-Star Raids.

#Cresselia has returned to raids in #PokemonGO tied to the release of the Diamond & Pearl event 💎 pic.twitter.com/6dbpsRs9eC

As mentioned earlier, Cresselia is a Psychic-type Pokemon. According to Eurogamer, Psychic-types are vulnerable against Bug, Ghost, and Dark-type Pokemon, as well as attacks that are based from the said types, all of which can deal 160% damage.

Because of this fact alone, Trainers can now form a Pokemon team based on these types in order to counter Cresselia during the 5-Star Raids.

For Ghost-types, according to Sportskeeda, Mega Gengar can be a good choice to counter Cresselia with its Shadow Claw and Shadow Ball moves.

Once they have caught Cresselia after defeating it in the 5-Star Raids, Trainers must know its stats, as well as its best movesets that they can use for several situations in Pokemon Go, including player-versus-player (PvP).

As for its moveset, if they want to focus its attacks on the offensive, according to WePC, they can let it learn Confusion as its Fast Attack and Future Sight as its Charged Attack.

If they want defense-based game style, they can also teach it the Grass Knot Elite TM move as its Charged Attack along with Confusion. The said Elite TM can be thought to Cresselia once it caught during the Brilliant Diamond part of the event.

Psycho Cut can also be a good alternative Fast Attack, while they can choose either Moonblast or Aurora Beam as its Charged Attack.