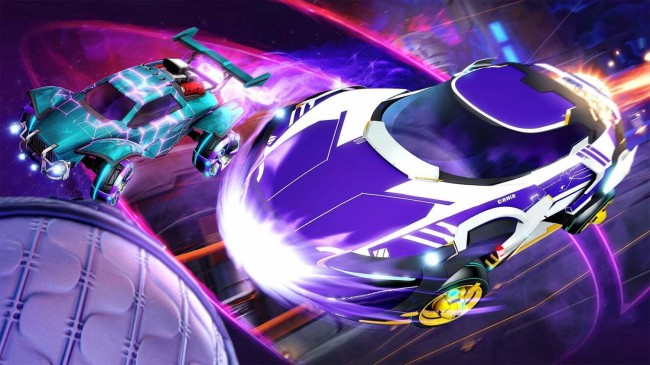 Rocket League announced that it launched its Season 5, which brought in new additional in-game content to the multiplayer online ball game.

The said additions include a new stage variant, and a new car, which can be acquired through its new Season Pass, as well as other changes and rewards for its multiplayer modes, including Competitive and Tournament.

The rolling out of the game's newest season also included changes to its several elements, as well as fixes to bugs and issues that might affect it in the long run if they are not addressed.

One of the new additions in Rocket League for its Season 5 is a new seasonal Rocket Pass, which players need fill up XP to unlock, and claim, its rewards.

According to the patch notes that was posted in the game's website, the said Season Pass will feature a new car in the form of the Nexus.

The said new car, according to PCGamesN, will also feature new items such as the Spacedirt paint finish, the Hyperspace animated decal, and the Cosmosis goal explosion, all of which can be attained through the Season 5 Rocket Pass.

If players unlocked the Level 70 Progression Tier, they will receive the Nexus SC, the upgraded version of the aforementioned Nexus car.

The new Season 5 Rocket Pass will be available in Rocket League with two variants, either the Free version, which players can access from the get go, or the Premium version, which they can purchase for 1,000 Credits, but it gives more rewards, including an access to the new variant of the Starbase Arc (Aftermath) arena.

The said new arena variant is also available to access in the game's Online Playlists.

They can also buy an in-game bundle with the aforementioned Season 5 Rocket Pass for 2,000 Credits. Once purchased, they can claim the Nexus car right away, as well as an immediate access to its twelve additional tiers.

Rocket League's Season 5 has also brought in several updates to the game's Competitive and Tournament modes.

According to Gamespot, this includes the opening of the Tournaments for the said new season, while the Playlist of its Competitive will have a soft reset, much like the previous seasons.

On the other hand, players who have remaining Tournament Credits that they have acquired during Season 4 have been converted into All-Star Cups.

Also, those who participated in the Competitive of the previous season will be awarded with Rewards Items, including custom, non-tradable Wheels, and Titles depending on what highest rank they have achieved during the said season.

Finally, Season 5 also rolled out changes in several of Rocket League's elements. According to Comicbook, this included an updated list of violations a player can report in the report reason list.

They can also report via Main Menu, as well as via Recent Players section of their Friends List. To do this, they will go to the said section, then select the player's name, and choose "Report Player." From there, they can select more than one reason for the said report.

After filing said report, a pop-up notification will appear if it was successful. This message will also appear in the upper-left corner of their screen if they are reporting during a match.

Also, the new season of the game also brought in several fixes for its bugs and issues. This include a fix to a controller focus bug during a post-match celebration screen, as well as a fix to a bug that prevents the Apex Wheels from being equipped on the '99 Nissan Skyline GT-R R34 car.

It also fixed a bug that prevents NFL decals from showing up in the Garage when they are using Filters, as well as a fix to an issue that prevents certain car movements from resetting the idle player timer.

TAG Rocket League
© 2020 Game & Guide All rights reserved. Do not reproduce without permission.