'Pokemon Brilliant Diamond and Shining Pearl' Move Tutor Guide: Where to Find Them, Which Pokemon can Learn 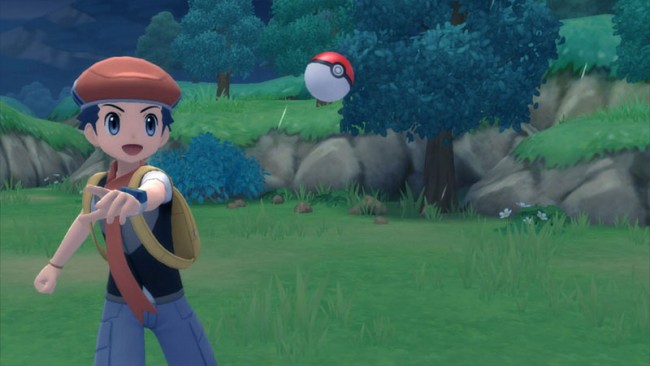 One of the essential things players can do while playing Pokemon games, especially in Pokemon Brilliant Diamond and Shining Pearl, is learning several moves to their Pokemon.

There are several ways to do this - either by giving them TMs and HMs, all of which are scattered around the area, or by talking to Move Tutors, non-playable characters (NPCs) that can teach them specific moves.

Where to Find Move Tutors

In Pokemon Brilliant Diamond and Shining Pearl, there are two Move Tutors in the Sinnoh Region. The first one, which will learn the Draco Meteor according to SegmentNext, is in the Route 210.

To access this, they need to head towards the northern end of the said Route, then after crossing several Psyducks, they will encounter a mountain, where they need to climb the rocks until they reach a house.

Once they have entered the house, they will to Grandma Wilma, a Move Tutor that is residing there.

After talking to her, Grandma Wilma will ask them which Pokemon can be taught with the Draco Meteor move. To learn this, they need to have the Friendship of  the Pokemon that will be learning this move maxed out, which can be seen through the Poketch App's "Friendship Checker."

This Special move, according to game8.co, is exclusive only for Dragon-type Pokemon, and has a power of 130 and an Accuracy of 90. At a cost of 5 PP, the Pokemon who uses the move will call down comets from the sky towards the target. However, the said user will have its Special Attack lowered drastically during the move's recoil.

Several Dragon-types can be taught with the Draco Meteor move. Pokemon that are included in the Sinnoh Dex which are capable of learning the said move include Gible, along with its Evolutions, Gabite and Garchomp, and the two Legendary Pokemons in the region, Dialgia and Palkia.

The other Move Tutor in the Sinnoh region is located in Route 228, which is in the Battle Zone, an area in the region where they will unlock during the post-game.

In order to get to the said Route, they need to obtain first the National Dex, which will be given to them by Professor Rowan at Sandgem Town after encountering all of the Pokemon within the region. Once they got the Pokedex, they can now explore past the Battle Zone's Fight Area.

Once they are in the said area where the Move Tutor is located, they can to talk to the said NPC, then it will teach a Pokemon of their choosing the elemental version of Hyper Beam, depending on what Type it is.

All of them have the Power of 150 and an Accuracy of 90, and with the cost of 5 PP, they can dish out tons of damage, but they will cost them a turn as the users of the move will not able to move until the next turn.

Much like Draco Meteor, the aforementioned moves must be thought to Pokemon that has their Friendship maxed out. However, Pokemon Starters from Generation I to IV are eligible to learn them, and they must be fully evolved.

For Frenzy Plant, this include Venusaur, Meganium, Sceptile, and Toterra, while Charizard, Typhlosion, Blaziken, and Infernape are capable to learn Blast Burn. Finally, Blastoise, Feraligatr, Swampert, and Empoleon are the Pokemon that can learn Hydro Cannon.

READ ALSO: 'Pokemon Go' Community Day December 2021 Guide: What Pokemon Trainers Will Encounter, plus Other Things They Could Expect