'Pokemon Brilliant Diamond and Shining Pearl' Riolu Guide: Where, How to Get and Evolve into Lucario 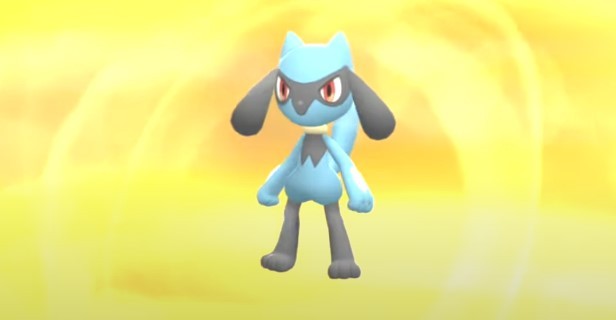 In Pokemon Brilliant Diamond and Shining Pearl, there are many Pokemon that are scattered around in the Sinnoh Region, some of which have become fan favorites. One of the said Pokemon is Riolu, the Steel/Fighting-type baby Pokemon that can evolve into Lucario.

But unlike the Pokemon in the game that can be encountered in the wild and catch it with a Pokeball, Riolu is different due to the fact that it is hidden in the region, making it harder to collect.

However, there is a way players can do in order to have their own Emanation Pokemon, and evolve it into the aforementioned Aura Pokemon.

How to Get Riolu

As mentioned earlier, Riolu is harder to catch in Brilliant Diamond and Shining Pearl. But there are two ways to have the said Pokemon in the game.

READ ALSO: 'Pokemon Brilliant Diamond and Shining Pearl' Move Tutor Guide: Where to Find Them, Which Pokemon can Learn

According to Clutch Points, they can either get it during the main game, or wait for the post-game after unlocking their access to the Grand Underground.

In the first method, they need to complete their in-game story until they reach the fifth gym in the Sinnoh region, the Pastoria Gym, and defeat its Gym Leader, Crasher Wake.

Once they beat the said Gym Leader, it will unlock their capability to learn, and use, the Hidden Move HM03, Surf, to any Water-type Pokemon.

Then, a non-playable character named Cynthia will appear, and give them the medicine needed in order to help the Psyducks that are on Route 10.

After they healed them, she will appear again and take the Old Charm that she is holding, then they will be asked to deliver it to her grandmother in Celestic Town.

Once they are on the said town, they will encounter the said NPC, and inform them about a "spaceman" that is front of the ruins.

They must beat the said individual in order to give themselves the access inside the area. Once they are inside of the ruins, she will give them the Hidden Move.

Once they taught Surf to a Water-type Pokemon in their possession, they will travel towards the Jubilife City, then go west to the Route 218. From there, they will use Surf to travel across the waters to the Canalave City.

Once they reached the city, according to Gamepur, they will go towards the bottom left area, where they will approach a sailor and talk to him. Afterwards, he will take them on his boat, which they will be riding on in order to travel towards the Iron Island.

They will take the stairs on the left, then climb down until they will find a well-dressed NPC named Riley. From there, he will ask them to help him clear the presence of the Team Galactic in the area.

After they defeated them, Riley will give them an Riolu Egg, which they will include in their Pokemon Party.

In order to hatch it, they will need to accumulate a certain number of steps either by walking or by travelling with their bikes around the area.

Once they accomplished the number of steps needed, the Egg will crack open, until Riolu appears. After a short animation, they will now have the said Pokemon in their team.

How to Evolve Riolu into Lucario

In order to evolve their very own Riolu into Lucario in Pokemon Brilliant Diamond and Shining Pearl, players need raise its Friendship Level.

According to Nintendo Life, they can do this by battling other Pokemon and trying to faint, as well as having it walking outside of its Pokeball and follow its Trainer around the game.

They can also increase the said level by giving it Berries. Once Riolu's Friendship Level reaches one heart meter, it is now ready to evolve. They just need to level it up during the daytime.

To do this, they will need to set the in-game clock between 10:00 AM and 7:59 PM, and within that time period, they will allow the Pokemon to gain experience until it evolves into Lucario.

READ ALSO: 'Pokemon Go' Community Day December 2021 Guide: What Pokemon Trainers Will Encounter, plus Other Things They Could Expect