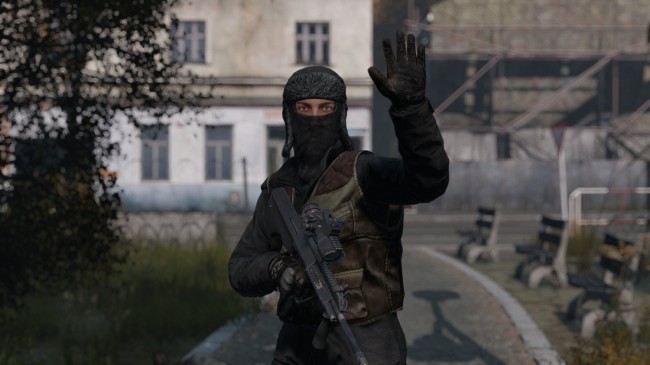 This includes a new survivor and new weapons that players can use in the game, as well as other additional elements that will enhance their experience while playing it.

The said patch update also changes to its technical aspects and gameplay, as well as fixes to several issues.

What Players could Expect

As mentioned earlier, the Patch 1.15 Update has brought in new elements to DayZ. One of those said additions, according to GLyfe, is the AUR A1/AX bullpup rifle. The said weapon is very light and maneuverable that can be handy in confined spaces.

Aside from the rifle, players can also have a barbed wire baseball bat melee weapon in DayZ courtesy of the Patch 1.15 Update, which it can be crafted, as well as a sawed-off LE-MAS assault rifle.

The patch update has also brought in a new female survivor, which according to GameFreaks365, has an aesthetics and strong personality that strives to distinguish herself from the other existing characters in the gamer.

She, along with the said characters, can wear a Hunter vest, which is also the new addition to DayZ.

Other additions that Patch 1.15 Update brought to the game, according to The Nerd Stash, include sounds that can be played after players switch the fire mode of several weapons, as well as a day-time setting for the night vision scopes, and the capability to craft metal wires out of barbed wire.

Aside from the aforementioned additions to the game, the Patch 1.15 Update also brought it several changes in DayZ.

According to Dual Shockers, the said patch update changed the grenades in the game, making them not to be pinned anymore once their fuse was triggered.

It also adjusted the thresholds for its energy and hydration levels, as well as food that were consumed will now take longer to digest in a character's stomach, and the damage that they will get from dehydration and starvation will be slightly reduced.

It also adjusted the fire rates and recoils of the game's weapons, added new variants of muzzle flash, adjusted several secondary cooking processes to not ruin the quality of the food, removed the ghillie wrap attachment slot from the sawed-off BK-43 double barrel shotgun, and removed the grenade armor and cut protection from high-capacity vests.

The patch update also fixed several issues and bugs in the game, including an issue would cause ski masks and balaclavas to clip with several pieces of headgear and an issue that causes electric appliances to make plug-in sounds every time players are connecting to the game's servers.

It also fixed a server error caused by specific attachment slots, several bad collisions in the big yellow medical tent, and an issue that causes a killed chicken to not be able to pick up properly by them in all cases, as well as an issue the fishing hook was not visible on the boonie hat on the ground.

The patch update also fixed a bug that causes a player's death animation to be played twice if it was killed while in a surrender stance, as well as a bug that makes base building parts indestructible under specific circumstances, and a bug that causes the CR-75 semi-automatic handgun to be undamaged by gunfire.

TAG DayZ
© 2020 Game & Guide All rights reserved. Do not reproduce without permission.