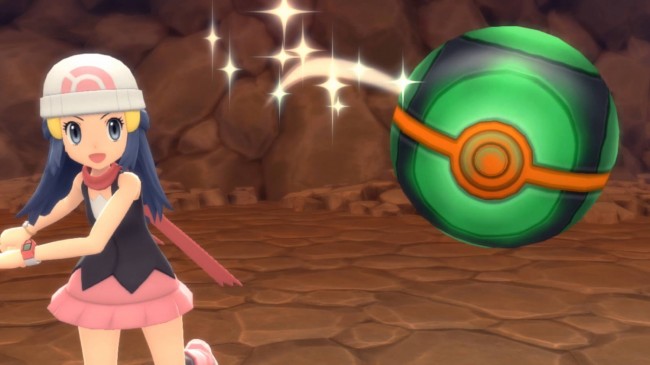 Ever since its release few months ago, players have been exploiting glitches in Pokemon Brilliant Diamond and Shining, most of which are deemed useful for them, such as discovering a new place or capturing rare forms of Pokemon.

Once of said glitches gives them the power to endlessly duplicate any Pokemon, as well as any item in the game, which includes Poke Balls, healing items such as potions, and even rare items.

How this Glitch Works

The said glitch, according to Kotaku, was first discovered by a Twitter user named Kevinfor5, then it was further elaborated in a YouTube video made by Orcastraw, a Pokemon speedrunner and a Youtuber.

To do this glitch for their Pokemon, they must have first have an access to the Pokemon Storage Box system which can it can be done inside any Pokemon Center within the game.

READ ALSO: 'Pokemon Brilliant Diamond and Shining Pearl' Flower Paradise Guide: How to Access this Area with the Help of a Glitch

Once they have accessed to the said Storage Box system, according to Nintendo Life, they will put two different Pokemon in the bottom right corner of two different boxes. Then, they will take one of the said Pokemon and put it in the Battle Box.

Then, according to Dot Esports, they will go to the Nursery, which is in the Solaceon Town to the east of Hearthome City, between Routes 209 and 210. From there, they will talk to the caretaker, accessing the Storage Box system in the process, Then, they will choose the Pokemon from the other box.

Before closing the Storage Box system, they will click on the "Box List," which can be seen in the bottom left of the screen. From there, they will press the Y button in their JoyCon, then swap the slots that they are placed in, and then deposit their Pokemon.

Next, they will view the summary screen of the Pokemon that they have just added, and when they exit from the said screen, they will notice that the Pokemon is now cloned.

This is also the same method if they want to duplicate several items in the game, including Poke Balls and rare items. They just need the Pokemon that they need to "sacrifice" for this glitch to held the item.

To do this, they will need to go to any Items pocket in their Bag, and press the Y button to access a sub-menu. From there, they will select "Give to a Pokemon," and then they will give it to the said Pokemon.

However, this glitch comes with a side effect as it can delete the Pokemon used for the "cloning," and in some cases, according to Comicbook, the game would freeze if they scrolled towards the glitched area of the box, hence they need to save the game first before doing the said duplication glitch.