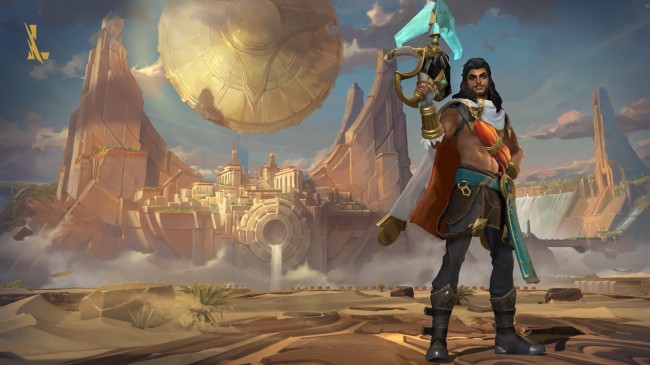 League of Legends: Wild Rift will receive its new Patch 2.4 Update, providing new content and changes within the game.

The said patch update will bring a new hero, as well as new gameplay system, items, and a drastic implementation that might change its multiplayer scene.

Making his Wild Rift debut is Akshan. A new Champion who also made a debut in League of Legends' PC counterpart, Akshan is an ally of the Sentinel of Light. The said Champion's release also in line of the continuing cross-game "Rise of the Sentinels" event.

However, his release in League of Legends have marred with problems, and he even got a hotfix buff recently due to his low win rate.

According to Sportskeeda, Akshan is now in Wild Rift last July 27th.

Changes for the Ranked Games

A new Ranked Season have entered Wild Rfit during the Patch 2.4 Update. According to Dot Esports, a Glorious Lulu skin is up for grabs for players that will hit Gold as well as winning ten games within the said Ranked Season.

According to Sportskeeda, there will be a few display issues during the start of the said season, so they need to either wait one day after the season had begun or updating their Wild Rift up to the current update to fix the problem.

Another addition that is implemented in Wild Rift's Ranked Matches is Champion Banning. In a Ranked Match's ban stage, the last three teams from both teams will be able to simultaneously pick a Champion to ban.

Up to three Champions will be banned per team, so each team needs strategically decide which Champion will not allowed to be picked in a round.

According to Dot Esports, Riot Games is aiming to increase the number of bans to five while closely monitoring the current three Champion-ban system if it works and will figure it out if five Champion bans can be added in the future patch.

Champion Banning for Ranked Matches will be rolled out this coming July 29th at 1:00 AM CT.

Other changes for the Ranked Matches in Wild Rift that will be implemented during the Patch 2.4 Update including the removal of Promotion Matches and the return of the Wild Pass.

As mentioned, League of Legends: Wild Rift is still celebrating the cross-game "Rise of the Sentinel" event with its "Sentinels of Light" still ongoing. In line of this, new skins are released, including one that is Wild Rift-exclusive.

According to Blog of Legends, players may buy the Sentinel skins for Irelia, Riven, and Vayne, as well as the Ruined skins for Draven, Shyana, and Miss Fortune. The said skins were Mobile ports of their PC Versions, which means even their animations were ported into Mobile as well.

Aside from six Sentinel of Light-exclusive skins, the Battle Academia Akshan will also be available in Wild Rift as a game exclusive.