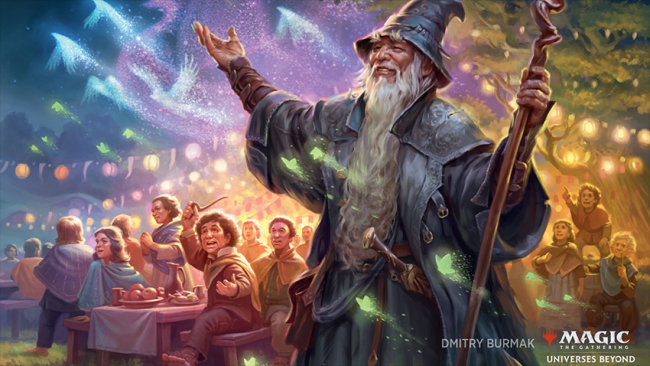 (Photo: Photo from Wizards of the Coast's Magic: The Gathering Arena Webpage)

Magic: The Gathering Arena received its new Patch 2021.9.0 Update, bringing in the new Innistrad: Midnight Hunt Card Set, as well as changes and bug fixes in the game.

One of the said bug fixes involves a persisting bug that hindered the progress of every player in the online card game, including top-level ones, as well as other in-game issues that might affect its gameplay.

The biggest fix that the Patch 2021.9.0 Update did for Magic: The Gathering Arena is the fix for a bug that resets the progression of its players, including those who are in the Mythic Level tier, which due to the said bug, will reset back to the Beginner Tier Level.

It appears Weekly Wins are stuck in the past, instead of being reset with the release of #MTGMidnight. Redeem the code BORROWEDTIME before Sept. 23, 8 a.m. PT to receive 4,000 XP to make up for the lost time.

Before the said patch update, one of its players posted on Reddit that the said bug became full blown ever since it was discovered last August 30th.

According to the said Reddit post, which was made by u/TwidgeMC, the said bug, at first, will revert players' progression for the said Mythic level for both Limited and Constructed back to the Beginner Tier 0 Level. It will also not show the update about the said progression after they win a game.

But later on, the said bug became worst, and also affects players who are trying to reach the Mythic rank while playing a game during events such as Drafts, making them unable to progress at all. This meant that they were "stuck" at Beginner Tier 0, while their wins and losses during said events were became invalid.

Thanks to Patch 2021.9.0 Update the said bug was fixed, and players will be progressing in the game. According to Dual Shockers, Wizards of the Coast struggled in dealing with the "very unusual bug," and while they are hopeful that this is resolved, they will continue to look for a solution in-case the said bug persists.

Aside from the aforementioned major bug fix, the Patch 2021.9.0 Update also fixed several issues in Magic: The Gathering Arena. According to MTG Arena Zone, the said patch update has fixed a bug that prevents a Commander weighting from working properly in either Brawl or Historic Brawl matchmaking.

It also fixed a bug where the game's Welcome Bundle was not granting the recipients the proper mix of packs, as well as a bug where they were not properly getting quest progress from either Direct or Friendly Challenges.

Aside from these major bug fixes, the said patch update also had minor bug fixes, including a bug fix where Quick Drafts could reset under certain circumstances, multiple bugs around deck creation while joining Challenges, and a bug where reconnecting to the game could cause its Social features to stop working.

Along with the launch of Innistrad: Midnight Hunt, Wizards of the Coast gives away codes for free XP and card packs for the Magic: The Gathering Arena players. These codes acted as a compensation for them after the aforementioned bug hindered their progress in the game.

According to Dot Esports, players may enter the code BORROWEDTIME to grant themselves a 4,000 free XP, while entering the code PLAYMID will grant them three free card packs from the Midnight Hunt Card Set.

They can also enter PARCELMYR, if they did not enter it yet, to receive rewarding gifts such as rare Magic: The Gathering cards, XP, card sleeves, and styles. To enter said codes, they must go to the in-game Store tab in the top right-hand corner.