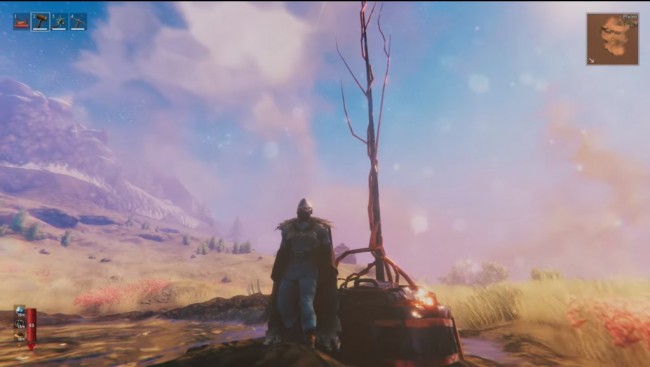 (Photo: Screenshot from Jade PG's "Valheim Finally Adds The One Feature We All Wanted! The Obliterator - Hearth And Home Update Guide")

One of the latest additions in its Hearth and Home update, the Obliterator is one of the newest additions in Valheim's building options, which also includes a Viking hot tub that can be used for players to cool down and relax after a day's work.

The said addition, according to Screen Rant, is exactly what the players needed, especially those who have problems in storing their items. Before this, they usually scrap items if said storage was full, wasting it in the process.

How to Make an Obliterator

To make their own Obliterator in Valheim, according to The Nerd Stash, players must first need Copper, Iron, and the Thunder Stone, as well as a Forge that can be built in order to make several components.

A common metallic resource in the game, Copper ores can be found underground in the Black Forest, and can be mined by digging in any part of the area using a Pickaxe.

Iron, on the other hand, can be made out of Scrap Iron, which can be mined from the Muddy Scrap Piles in the Sunken Crypts in the game's Swamp biome.

Iron can also be found inside the chests within the said area, as well as in the Swamps' underground using a Wishbone, and in drops from Oozers after it was killed.

Once they got these raw materials, they can turn them into Copper and Iron, respectively, using the Smelter with coal as its fuel. They need eight Iron and four Copper as the components of their Obliterator.

Aside for the said metallic materials, players will also need to have a Thunder Stone in their possession. In order to get the said stone, according to Gamerant, they must purchase it from the Haldor for 50 gold.

Haldor can be found randomly in the Black Forest, but there is a cheat in the game that can force the said trader to spawn.

To do this, they must first press the F5 to open the console windown, then type in iamacheater. Afterwards, they will close the window and press F5 again. From there, they will type spawn Haldor to make him appear.

Once they got all of the materials, they will go to the Forge, where they will select the Obliterator from the list of selections under its Crafting tab. Once they picked it, they will place the said structure to a desired location before initializing its build.

Once built, according to Screen Rant, players can place the items inside the Obliterator that either they do not need or use, such as old tools, armor, and even junk that were lying around.

To do this, they will just simply place the said item into the structure's inventory-like slots, then pull its lever on the side.

Once they pulled the lever, and a bit of a charge-up time, a lightning bolt will strike the machine, effectively destroying everything inside.

However, players need to be distant in the structure as they will take damage if they remain to close to the Obliterator, as well as they should not build the structure near any buildings.

TAG Valheim
© 2020 Game & Guide All rights reserved. Do not reproduce without permission.