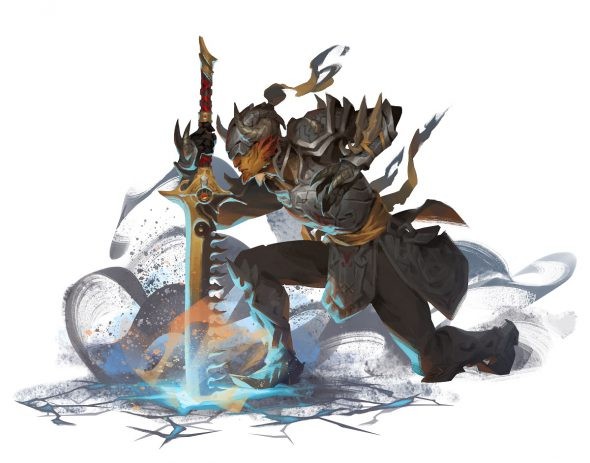 The Vindicator, the Elite Spec for the Revenant class, will be one of the three playable Elite Specs during the second Beta Test for Guild Wars 2: End of Dragons.
(Photo: Photo from Guild Wars 2's Website)

Guild Wars 2: End of Dragons will once again have its Beta Test for players to test out its new Elite Specializations of their characters. Much like the first Beta Test, players can test these Elite Specs even if they do not any free character slots, while allowing them to create new ones on max levels using said specs.

Last Beta Test, ArenaNet, the developers of the multiplayer online game, revealed the Elite Specs for their Guardian, Necromancer, and Mesmer classes, namely the Willbender, the Harbringer, and the Virtuoso.

For Guild Wars 2: End of Dragons' second Beta Test, according to IBT, players who are participating can play the Elite Specs for the Revenant, Warrior, and Elementalist class - the Vindicator, the Bladesworn, and the Catalyst.

Vindicators can invoke the power of the Canthan champions to decimate their foes with the might of the Mists. These characters can use greatswords and can dish out damage to large groups enemies while inflicting them with the Vulnerable and Chill debuffs.

They can also gain access to a range of mobility skills that can make them even more agile, as well as invoke spirits to either a swarm of enemies or heal their allies at the cost of their own health.

Bladesworns, according to MMORPG.com, wields a gun saber, which can surprise their enemies with the combined power of the gun and the longsword.

Aside from that, players can also unleash attacks that will not have cooldown. Instead, according to The Gamer, they will rely on ammunition, which can recharge once depleted.

They can also unleash attacks with the help of Flow, which can be earned by attacking enemies. Once they got enough Flow, they can use Dragon Trigger, where the character enters a meditative state and starts generating Charges, which can be used to deal a devastating attack called Dragon Slash to its enemies.

Finally, the Catalyst, according to MMOBomb, wields a Hammer and can summon Jade Spheres that they can use to focus their elemental power by channeling the astral beasts to it, making them wells of elemental energy.

The said energy from these spheres can be used for either summoning a barrage of elemental force to destroy enemies or for giving their party members a variety of buffs.

Aside from that, they can also access a wide range of Hammer-based abilities that they can use either from up-close or mid-range depending on their elemental attunement, as well as other defensive and mobility options that they can use to keep them in the fight for a longer time.

The Second Beta Test for Guild Wars 2: End of Dragons, according to MMORPG.com, has started today, September 21st, and it will last until September 25th. The third, and the last, Beta Test will reveal the remaining Elite Specs that will be playable for free during the said test.

As mentioned earlier, players can participate in the said Beta Test even if they did not avail the pre-order of the game, as long as their accounts have a good standing. Those who are new to the game, or registered days before the beta test, can also join.

According to the post in the game's website, these characters will be temporary, which means the players' gameplay progress will not be saved as well. However, their permanent Guild Wars 2 characters will still have their normal in-game progression.