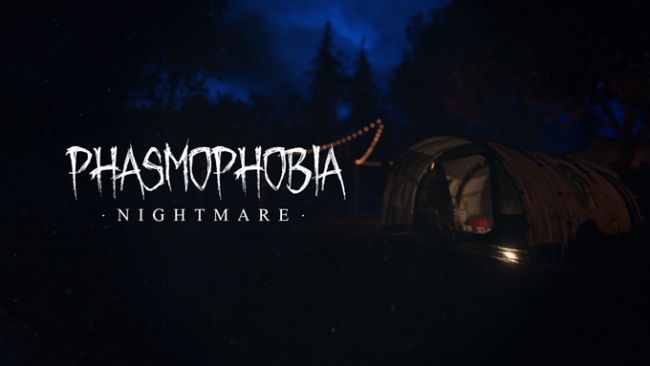 After a month full of numerous teases, Phasmophobia has received its biggest update with the Version 0.4.0 Update.

Dubbed as the "Nightmare" update, the multiplayer horror game received multiple additions, including a new difficulty, a new map, and a new set of ghosts that players will hunt for, and try to avoid from.

Aside from that, several changes are also made, as well as fixes to several bugs and issues.

Less than an hour to go! Here are the patch notes 👻https://t.co/UETX3TUi4w #Phasmophobia

Welcome to the Campsite

In the Nightmare update, a new Maple Lodge Campsite map are included. According to the patch notes posted on the game's Steam page, the said medium sized map will feature campsite elements such as picnic areas, multiple tents, a log cabin, and a haunted lake.

The said map also have more unique objects, as well as higher object density and more visual detail, which can be made possible for computers who are running the game with minimum system specs. However, those that are running it with outdated hardware will expect frames-per-second (FPS) drops.

Other locations in the campsite will receive a more detailed facelift, as well as more unique objects, at a later date, as well as a new truck mini-map design, which will be consistent with the new map.

Aside from the new map, four new ghosts are also included in Phasmophobia. According to PCGamesN, the first ghost, called "The Twins," were revealed as a teaser for the said update. The said teaser was first posted on the game's Twitter page, revealing its details in a journal entry.

Aside from The Twins, three other ghosts, namely Onryo, Obake, and Raiju, will also be introduced in the game once the Nightmare Update rolls out.

The Onryo is a vengeful spirit from the Japanese folklore that causes harm in world of the living, while the Obake is a yokai that can shapeshift into different animals. The Raiju, on the other hand, is a thunder beast in a form of a wolf or a dog, and was a companion of the Raijin, the Shinto god of lightning.

Aside from these new ghosts, the update also tweaked the activities of other ghosts in the game. After the said update, said ghosts can now disrupt electrical equipment whenever they are visible, as well as they can blow out lighters the same way they did to lit candles.

Said lighters and candles can now also be extinguished when outside in the heavy rain, as well as after being thrown.

Walkie-talkies, when used, can now attract ghosts during hunts, and they can only play static sounds when they are near. They can also interact with several showers in certain locations, while players can now place sound and motion sensors on floors.

Finally, players can use the Ouija Board in exchange of their Sanity, as using it will lower one if a ghost response. If it does not respond, they will only lose a small fraction of Sanity. Because of these tweaks, demons will have their weakness changed in order to reflect them.

The Nightmare Update also brought in a new difficulty in Phasmophobia. According to Bloody Disgusting, players can now play the game in the new Nightmare difficulty.

The said difficulty, according to the patch notes, was designed to challenge those who seek a most intense gameplay the horror game has to offer.

In the Nightmare difficulty, ghosts will not reveal a type of evidence, and they will sometimes change their preferred room after moving.

Players will do not have time to setup their equipment, and they will have a shortest hunt grace period, with a long hunt duration, while kills in the game on said difficulty will extend the duration of the current hunt.

Also, sanity pills will restore much less sanity, fuse boxes will start off, and hiding places will almost not be visible, while any paranormal interference will damage several of their monitoring equipment.

READ ALSO: 'For Honor' Collaborates with 'Dead by Daylight' for a Halloween Event: What Players Could Expect

TAG Phasmophobia
© 2020 Game & Guide All rights reserved. Do not reproduce without permission.