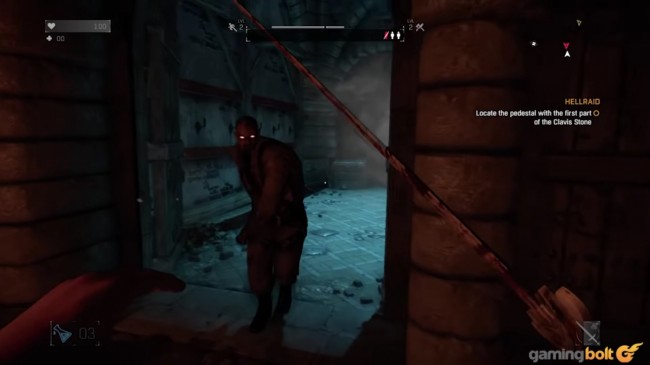 Players will dive right through hell in the newest patch update for "Hellraid: Dying Light" as its Patch 1.36 Updates gives players a lot of new content, including a brand new story mode for them to try, as well as changes and fixes.

According to the game's patch notes, which was released by DualShockers.com, players can now play "The Prisoner," a newly added story mode for the DLC expansion of the 2015 survival horror video game made by Techland.

In an article by Attack of the Fanboy, the developers of the game said that they are planning to bring more new content for Hellraid in the future updates.

Discover the secrets of Ba’al’s Temple in the new story mode and dive deeper into Hellraid with the latest changes. pic.twitter.com/CRcHG5MF0i

They can now choose between Raid Mode and Story Mode, where it offers a new adventure for them. In "The Prisoner," they will need to enter the Ba'al's Temple where they will search a mage named Lucius and rescue him from the grasp of Anat.

According to IGN, despite the Hellraid expansion's theme being heavily medieval themed, the survival horror gameplay of Dying Light is still there.

Along with the release of the new story mode, the update offers its player new weapons - a bow and arrow set called the Corrupted Justice and a two-handed hammer called Bonecruncher.

These weapons are a need to progress through the temple filled with skeletons sporting swords, shields, and heavy armor which, according to IGN, will demand a "fresh offensive strategy" from its players.

Also, there will be three new quests players can dive into while playing the Story Mode - Clavis Stone, Imprisoned, and Beneath Seals. These quests, along with the Story Mode, can be played alone or with a friend through co-op mode.

The Patch 1.36 Updates also provided additional features, changes and bug fixes for Hellraid. This includes a new Rank, the Vanquisher, as well as a new Stamina Potion which, given from the name itself, replenishes stamina.

PSU.com revealed that new sounds and animations will be included in the game once the patch has been installed.

Also included are other visual changes like the new lighting system and level contours appearing in the minimap. The update also disallows players the need to stash and retrieve their equipment upon entering and leaving the game.

Aside from these changes, minor tweaks and bug fixes were implemented during the patch update. According to the developers in their Steam Community blog, they will be adding more quests in the story mode as well as unveiling its plot as they will update the game in the future.

Dying Light: Hellraid is available on PC through Steam, Playstation 4, and Xbox One.