'Destiny 2' Vault of Glass Raid guide: How to Snag Loot in Secrets Chests in this Raid Mission Using a Glitch 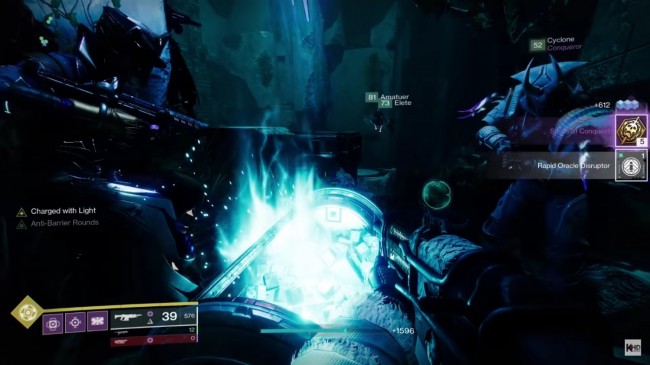 A classic returns as Vault of Glass returns in Destiny 2. A Destiny original and first ever raid mission that debuted in 2014, Vault of Glass is available for free for not just the new players but also the old ones who wants to reminisce the old Destiny days.

According to Polygon.com, not only the original mechanics have returned in the Vault of Glass but all of its original arsenal, including several fan-favorite weapons like the Fatebringer and the Vision of Confluence.

Several Changes from the Original

Being a revamped raid mission from 2014, Destiny 2's version of Vault of Glass have slight changes to suit in the game's system.

The Vault has tightened its defenses.

According to Eurogamer.net, several of the said changes include a shorter Confluxes and each wave of enemies is pinpointed with a Wyvern and an Overload Champion. Its opening works like the original but with small changes to its enemy types.

The big change will be the Oracles, which they must be shot in the order they spawn in, with an additional portion that is similar to "Simon Says."

Also, the Templar will also have the sequences Oracles while the Relic holder can no longer cleanse teammates that has the "Marked for Negation" debuff.

The Gatekeeper in the raid now has a debuff that can be cast to those who bring the Relic into the portal room. The Relic needs to be passed from player to player so they can defeat a shielded enemy while bringing it to an another room.

Another change in the raid mission is Atheon, Time's Conflux. It now incorporates oracles that must be read in an order from outside of a portal room. Players must defeat these oracles three times in correct order to begin the damage phase.

Also in the raid, locations of the chests were moved. Most of them have Glass Shards, a new collectible to find.

How to Glitch for the Loot

One of the reasons why players of the old Destiny love Vault of Glass is because of its loot that can be attainable in the raid's Secret Chests.

In order to collect said loot fast, players use the efficient method of glitching, exploiting several of the game's flaws for their advantage.

In a guide by Shacknews.com, a trick known as "Sparrow Breaching" can be used in opening the Secret Chests in Vault of Glass. In this method, you will use your Sparrow to force itself through the game's geometry and out of bounds.

You must dodge to the side as you are getting off the Sparrow to force your character sideways. This can be performed close to a rock to push you below the ground.

The guide also provides the ideal equipment for each class in order to make the glitch. For example, Titans need to be equipped with Lion Rampant boots, a Sword, and a Catapult Lift, while Hunters will need a high Mobility, a Sword, Triple Jump, and a St0mp-EE5.

You may now collect your loot, which includes the Spoils of Conquest, which you can use to buy gear.