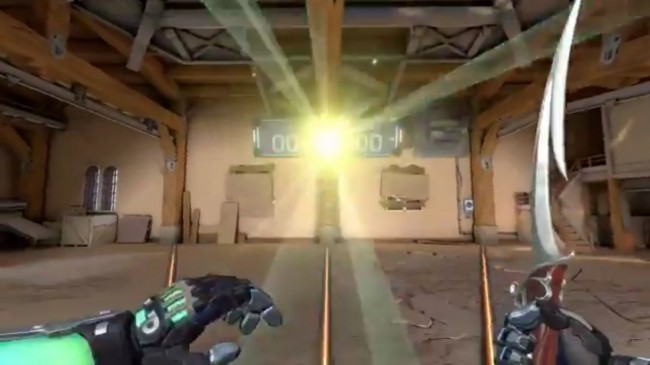 In this Screenshot, the flash effects for "FLASH/DRIVE," one of KAY/O's abilities in Valorant, is disabled once a player enables the "Remove HUD" in their NVIDIA Freestyle feature.
(Photo: Screenshot from @HOUNGOUNGAGNE's Tweet)

With Valorant's Episode 3 released, a plethora of new contents has also arrived for its players to enjoy. However, along with these said contents, several issues, including bugs, were encountered in the first-person shooting game (FPS).

Among these bugs is the one involving a software application from NVIDIA that made its players immune to flashes. According to Sportskeeda, this bug will hamper the game's competitive integrity and create a situation where its users will get unfair advantage.

Days after the said bug was exploited, the game's developers fixed it by disabling the said feature. However, this arise to an another problem -- an error message for those players who wanted to use it to just to make Valorant's gameplay experience even better.

An Nvidia software (HUD remover) competely removes flashes for VALORANT. You could bind it to a key & use it mid round for ez hold.

I'm curious as to how they'll fix this and will maybe help CSGO with the untrusted/obs situation? pic.twitter.com/nYsxX2z5ZA

The said bug happens during in-game when a player is using the NVIDIA Freestyle feature through the GeForce Experience. The said software, according to TalkESport.com, can be used to set various filter and change the game's appearance, including settings that changes its contrast and brightness.

With this feature, according to DBLTap.com, players can change the said elements, and retroactively apply said changes, to customize the game's visuals and to enhance its contrast and colors according to their tastes.

One of the options in the said software feature is the "Remove HUD" filter, which once applied, it will eliminate the minimap, ability icons, and the health bar. Once players toggle on this filter, however, it would eliminate the flash effects within the game.

This was applied to every visual-disabling flash-based abilities including KAY/O's FLASH/drive, Breach's Flashpoint, Phoenix's Curveball, Skye's Guiding Light, and Yoru's Blindside. However, according to Dot ESports, it will not affect near-sighted flash abilities such as Omen's Paranoia and Reyna's Leer.

The said bug in the feature was a bit "too powerful," according to DBLTap.cpm, that the filter itself was disabled by Riot Games, the developer of Valorant, because it was "game-breaking," as if the filter itself will make the players became immune to being flashed.

However, with Riot disabling the said feature because of the bug, several of Valorant's players wanted to bring it back because they want to use it for only visual filtering, saying that they want the developers to fix said bug instead of disabling the feature.

How to Fix the Error

Ever since Riot Games disabling NVIDIA Freestyle's "Remove HUD" feature for Valorant, players are looking for a solution not just to remove the error message once they want to access the feature but also to make it usable again.

According to Sportskeeda, players can consider updating their NVIDIA drivers via the GeForce Experience application so that it can help starting to work it again like normal. If the updating said GPU driver could not allow the filter to work, re-installing the driver can also fix the problem.

According to DBLTap.com, both Riot Games and NVIDIA might need to collaborate in order to implement to provide a hotfix regarding said bug.