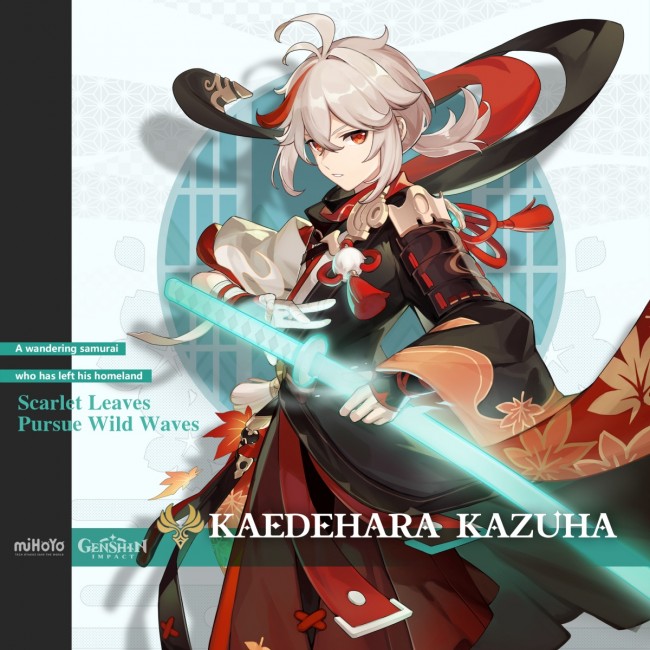 Genshin Impact recently released a new gameplay trailer for Kaedehara Kazuha, an Anemo-attuned samurai who is the new character in game. A previous trailer regarding his backstory was released before, preparing for the character's inclusion to miHoYo's role playing game.

According to Comicbook Gaming, the newest playable character for Genshin Impact will be available as part of a new character banner at June 29th at 6:00 PM ET (3:00 PM PT).

The said launch, according to Express, will be made simultaneous through all gaming platforms, which means those who are playing Genshin Impact through their PlayStation 4, PC, and smartphones will get access to the event at the same time.

The signs of a coming storm persuade some to seek shelter while urging others to press onward.#GenshinImpact #KaedeharaKazuha https://t.co/jkjLzaj1b7

Alongside Kazuha, who is a 5-star adventurer, the banner also has 4-star characters including a Cryo-attuned Rosaria, the Pyro-attuned Bennett, and the Electro-attuned Razor.

READ ALSO: Genshin Impact 'A Thousand Questions with Paimon' Guide: What are the Answers you must Enter

Known as the "Ronin from Inazuma," Kazuha acts as a crowd control initiator with his set of skills that can pull in opponents in his radius.

According to PC Gamer, his Elemental skill, Chihayafuru, can create an Anemo vacuum that can pull opponents in its radius before launching them away and dealing Area of Effect (AoE) damage.

The skill will also launch Kazuha into the air, triggering its Ranran Haishi plunging attack mid-air within 10 seconds of using the skill. Ranran Haishi will deal Anemo damage and creates a wind vacuum that draws enemies nearby its radius.

His Manyou no Ittou Elemental Burst makes Kazuha dash forward and delivers a powerful Anemo strike that deals AoE damage to those enemies that will be hit by the burst while generating Ruka Akino, a field that deals additional Anemo damage at set intervals.

His Matsukaze Karyuu passive will decrease any sprint stamina consumed by 20% for the party, while Weathering Blade deals 200% element damage in plunging damage if Chihayafuru connects with enemies that afflicted with that same element.

The last of his passives, Windsong Poetics, increases party members' Elemental Damage by .03% for every point of Kazuha's Elemental Mastery. This will activate when he triggers a Swirl effect and can be stacked with other buffs that has similar effects.

Once obtained, players can level up Kazuha using these materials that was introduced in the game's Version 1.6: Sea Ganoderma and Maguu Kishin.

Sea Ganoderma, according to PC Gamer, can found in the Golden Apple Archipelago, but it will be available anywhere once the Midsummer Island Adventure is over.

Maguu Kishin, on the other hand, is a loot drop and can be retrieved after fighting Maguu Kenki, however you will need to spend resin to get these rewards. The other materials are standard Vayuda and Insignia items.

For his talent materials, you need your standard Diligence-series items from Taishan Mansion near Jueyun Karst in Liyue, which you can obtain on Tuesdays, Fridays, and Sundays. You will also need more Insignias as well.

On later levels, you needed the Gilded Scale, an item that was introduced in Version 1.5. Youy can only obtain this item once you defeat Azhdaha when it is Level 70 or higher. To learn more about Kazuha's Ascension Recipes and Talent Materials, PC Gamer provided lists that you can follow.