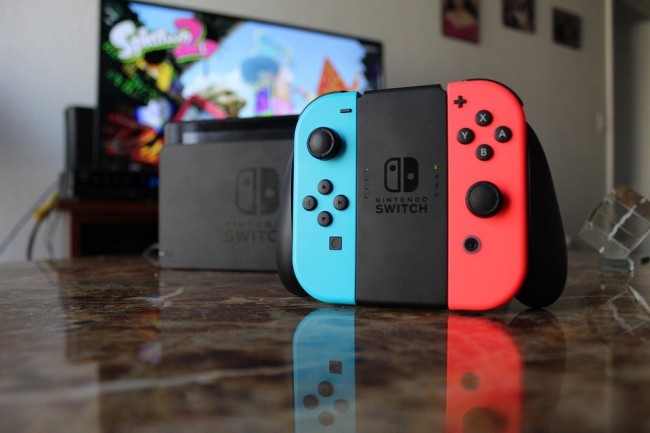 Nintendo Switch will receive the new Version 12.1.0 Update for their firmware. This update will give small yet significant change to the console itself, as well as the games that are in the platform.

This is despite of the fact that the previous update did not resolve several issues within the console. According to My Nintendo News, these issues were still being reported by the users.

In the patch notes released by Nintendo in their website, the Version 12.1.0 Patch Update will add a new function to the Nintendo Switch where a user will be prompted if there is not enough space remaining on the system memory (internal storage) or the microSD card.

This notice will trigger while downloading an update date for a game software inside Nintendo Switch. According to Comicbook, several game updates would not work if both of the console's internal and external memories does not have enough space.

Also, the new feature gives the console's users the ability of deleting old data for a software before downloading a new data of that same software.

They need to keep in mind that when deleting the said old game software data, they are not able to play the game until its new data has finished downloading.

This patch update might resolve the Nintendo Switch Error 2123-1502, an error that stemmed from the console's recent Patch 12.0.3 Update, which caused an issue regarding downloading or updating the games.

Also in the new patch update, improvements on general system stability have been made to elevate the game console user's experience.

According to Tech The Lead, these minor updates, especially regarding the console's storage memory, were often went overlooked, and instead focused more on stability issues that rarely affect the player's day-to-day usage of the said console.

But according to Comicbook, these updates will not be too exciting for most of them as they beg for a bigger update for Switch, such as more avatar options and the ability to select from themes that are different from the default light and dark themes inside the console.

The last time fans have the ability to do this is when Nintendo 3DS allowed its users to purchase a number of cool themes based on current and retro games.

How to Update Your Nintendo Switch, Joy-Cons

Nintendo Switch consoles will automatically download the most recent system update, including the new 12.1.0 Update, while the console is connected online.

You can also manually update your Nintendo Switch console by first selecting the System Settings on the HOME Menu. Then, scroll down through its menu and select System. From there, select System Update to start the console's system update process.

During the process, the console's system will first perform a check to determine if there is a new system update that is available. In case you are unable to perform the system update, you can restart your console and try again.

While you are at it, according to Nintendo Life, you can also update your Nintendo Switch Joy-Cons by going again to the System Settings, then choose Controllers and Sensors from the left-hand side. Scroll down until you see Update Controllers, press it, then wait until your Joy-Cons are updated.

TAG Nintendo Switch
© 2020 Game & Guide All rights reserved. Do not reproduce without permission.