'Monster Hunter Stories 2' Patch 1.10 Update Guide: How to Get Your Own Palamute Monstie + How to Clear ‘Little Ones Lost’ 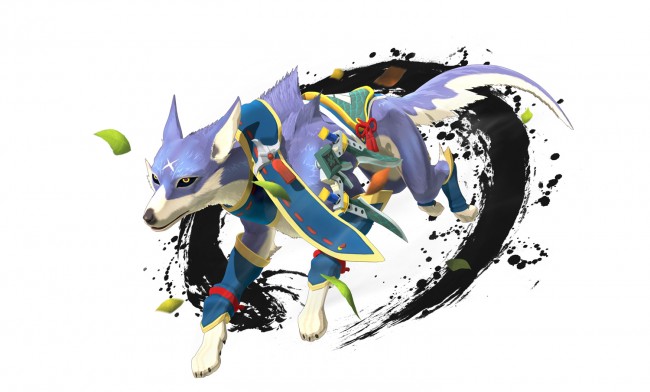 Players of monster Hunter Stories 2: Wings of Ruin can have their hands on the Monstie Palamute (in photo) during its Patch 1.10 Update.
(Photo: Photo from Monster Hunter Information EN's Twitter Page, @MHinfo_en)

Players of Monter Hunter 2: Wings of Ruin will have a new adorable Monstie in a form of the Palamute. The said Monstie is the main focus of the game's incoming Patch 1.10 Update, where they can grab not just the Palamute, but also its related quests.

According to Nintendo Insider, the said patch update will add both the 5-Star Palamute Den and 8-Star Palamute Home Explore Co-Op Quests, as well as the 8-Star "Throw Me a Bone" Special Subquest.

How to Get Your Own Palamute

According to Gosunoob.com, in order to get your own Palamute, you must first receive the Palamute Ticket, which can be obtained after uploading the Patch 1.10 Update. Once you got the ticket, go towards the Quest Board where you will receive the Palamute Den Explore Quest.

In the said Explore Quest, you will obtain the Palamute Egg, where you can hatch it into a Palamute puppy in your stable. To set it apart from the other dogs, the hatched Palamute will have clothes on.

According to Gamertweak, Palamutes will have different elemental type, which mean you can hatch multiple of them with different attack types.

You can also ride your own Palamute by selecting it as your main Monstie. Once riding the said Monstie, you will not lose any stamina, which means you can sprint around and dash the in-game fields, as well as it can climb vines while utilizing items by pressing the Y button.

Gamertweak also said that you can grab Kamura Garb armor set if you are starting up Monster Hunter Stories 2 using the save data from Monster Hunter Rise.

How to Clear the "Little Ones Lost"

Palamutes, once grown, can be a stealthy and nimble Monsties, making them perfect for quests such as the "Little Ones Lost" Exquest. According to vg247.com, in this quest, you must look for three children that where lost in the wilderness of the Wendwood.

To start the quest, you must accept it in Alcala, then head your way towards Wendwood. From there, follow a clue that will lead you towards the first child. The said clue will point towards a patch of tall grass, which was hardly seen inside Wendwood.

Head towards the Catavan stand, then go southeast towards the ridge. As you approach the child, several dialogue boxes will pop up, knowing that you are in the right track.

Once you found the first child, head towards a hug tree, which the second clue was point to. The said tree is at the far southern edge of the map. Again, if you are seeing several dialogue boxes popping out in the location, you know that you found the second child.

The final child in the quest is located northeast for the huge tree near the pond. The said lost child will be by a wall a little bit south of the pond. From there, you will soon be entered in a battle against Arzuros and its smaller versions. Defeat them, and you clear the quest.