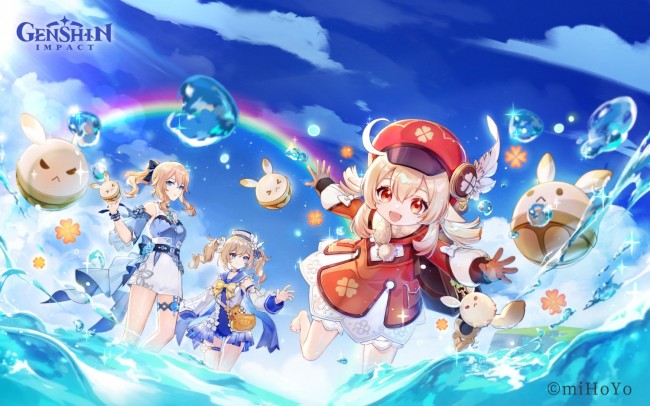 While its Version 2.0 Update now going online, Genshin Impact might receive a new update. This was after leaks regarding a potential 2.1 Update for the game were released online.

The rumored update will have new characters, as well as quests, a new in-game location, and weapons that players would love to have in their inventory.

Release Date for The Chasm

Several Genshin Impact Leakers such as Sukuna and Genshin Report stated that a new in-game location named "The Chasm" will might be released along with the second or third update of the game for 2022.

Chasm will most likely be coming after Lantern Rite next year, which will be our second patch of 2022, with Lantern Rite being the first. https://t.co/BIXTC9gOmV

According to Dual Shockers, if the current schedule, which had a six-week waiting window between updates in Genshin Impact, stays intact until then, it means that the location will to the game around February or March of 2022.

Players of the role-playing game are hyped while waiting for the said location, as The Chasm was always mentioned in the game's dialogues, but there are no official artworks regarding it.

Another why Genshin Impact players are hyped for its release is because miHoYo, the developers of the game, always included a label in the in-game map for the location of The Chasm, which makes the players curious about the said location, despite the fact that it was inaccessible.

Included in the rumored version update are the new characters that will be playable once the said update rolls out.

According to Comicbook, Genshin Report revealed that a character named Kokomi Sangonomiya will be part of the game. In a description blurb about her, it was said that she is a wise, intelligent, and delicate, as well as she is the leader of the Sangonomiya Resistance, a resistance group which was featured in the teaser for the game's Version 2.0.

Another characters that rumored to appear in the game is Baizhu, which according to Dual Shockers, was first seen in the Closed Beta Test 3, and was said to be a 5-Star Dendro user.

Other possible in-game content that might appear in Genshin Impact's rumored 2.1 update includes a new weapon dedicated to Keqing.

Named "The Starseeker," the weapon according to Sportskeeda, was said to be first seen in her official art, and has a separate model. As of this writing, the weapon's stats or even its passive abilities were not been revealed, but it might have been designed to make Keqing more useful in the game's current metagame.

The said weapon can be obtained by finishing the "Moonchase Festival," which will be included in list of new content to be released in the 2.1 Version, which might be a good update for those who are using or maining Keqing. There are also rumors that her Story Quest will also be released in the same Version.

According to Comicbook, these information are both unofficial and subject to change, while Genshin Report noted that all of these should be taken with a grain of salt.