Genshin Impact Version 2.0 Update Server Maintenance Guide: What Time Will Servers Go Down, How Long, How to Download 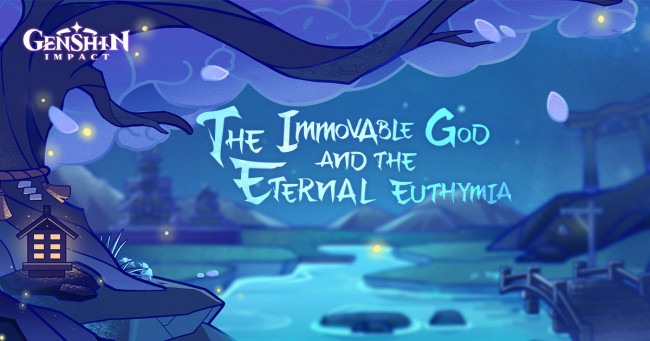 After the long wait and lots of teasers regarding the content it will give once it is rolled out, Genshin Impact's Version 2.0 Update has been finally released.

In line of this update, which according to several reports will be the biggest update for the role-playing game, Genshin Impact will have its scheduled server maintenance to properly implement said update.

To recap on what players would expect, Genshin Impact's Version 2.0 Update will bring forth Inazuma, the newest in-game location that is also the focus of the update. According to Gematsu, the archipelago's three areas -- Narukami Island, Kannazuka, and Yashiori Island ­- will be available to access.

Version 2.0 "The Immovable God and the Eternal Euthymia" Update Details

Dear Travelers,
Below are the details of the Version 2.0 update "The Immovable God and the Eternal Euthymia" and the update compensation.

In order to unlock said areas, players must need to be in Adventure Rank 30 and above, and completed the Archon Quest "Chapter II: Act I - The Immovable God and the Eternal Euthymia."

Also, new systems will be available within Inazuma, including Sacred Sakuras, where players can offer their Electro Sigils that they obtained during their adventures to them in order to raise their Favor Level and gain valuable items and upgrades in return.

It also has the miraculous spirits called Electrograna, which will be spawning from the Thunder Sakura Boughs. These spirits can used to grant Electro Protection, which can be essential while traversing the Thunder Barriers or withstanding Balethunder.

Another new in-game mechanic included is the Reputation System, which can be increased by accepting requests and complete them in the process. Once a player's Reputation Level increases, they will unlock various rewards.

As mentioned in other reports, new characters will be introduced during Genshin Impact's Version 2.0 Update. The said update brings forth Kamisato Ayaka, the 5-Star Cryo user who is the daughter of the Yashiro Commission's Kamisato Clan.

Her Kamisato Art: Hyouka can deal area-of-effect Cryo DMG to surrounding opponents, while the Kamisato Art: Senho can make her move at high speed in a form of a torrent water or ground. Her Kamisato Art: Soumetsu Elemental Burst can release her Frostflake Seki no To, which slashes repeatedly at every opponent it touches.

Yoimiya, another new character for Genshin Impact, is a 5-Star Pyro user and the owner of Naganohara Fireworks. Her Niwabi Fire-Dance converts her Normal Attacks into Blazing Arrows, which can deal Pyro DMG.

Her Ryuukin Saxifrage Elemental Burst can deal area-of-effect Pyro DMG while applying Aurous Blaze, which will trigger an explosion.

Finally, the 4-Star Anemo user, Sayu, will enter the fray during the Version 2.0 Update of the game. Her Yoohoo Art: Fuuin Dash will make her curl up into a rolling Fuufuu Windwheel and smashes into opponents at high speed, dealing Anemo DMG.

Her Elemental Burst summons the Muji-Muji Daruma, which can either restore a character's HP when they are at low HP or deal Anemo DMG to enemies.

According to Spotskeeda, players can download Genshin Impact's Version 2.0 Update in multiple platforms. For those who are playing the game using their PCs, they need to first open the launcher, then click the Update button to install said update.

For smartphone players, the said update installation will prompt once they launched the game. Once the notice for the update appears, players need to tap the Confirm button to proceed said installation.

For both PlayStation 4 and PlayStation 5 players, they need to highlight the game first from the home Screen, then press the "Options" button and select the "Check for Update." Afterwards, the update will automatically download to the console as long as it has available space.