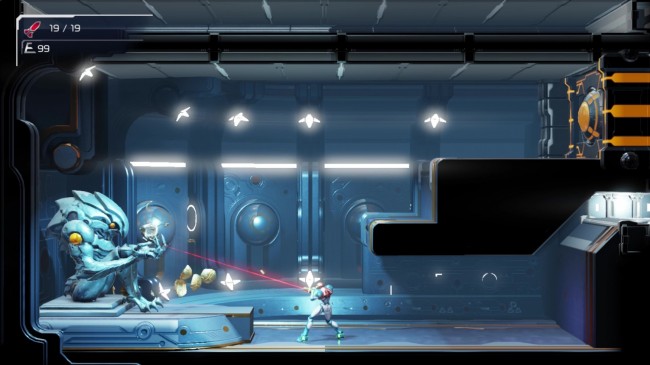 After it was revealed during the Nintendo Direct showcase in the last Electronic Entertainment Expo (E3) 2021 after being delayed for years, Metroid Dread will receive its release date, as well as a possible upgrade to one of its game mechanics.

The delayed installment in the Metroid franchise will might tide fans over until the eventual release of its planned installment, Metroid Prime 4, which it was revealed last 2017.

For starters, according to Gamespot, Metroid Dread was a remake for Nintendo Switch which was originally released for Nintendo DS as a sequel to Metroid Fusion for the Game Boy Advance, making it the first side-scroller of the series in 19 years.

The parasitic lifeform known as the X is one of the deadliest known. It can inhabit any organic creature and mimic them completely. Samus is believed to have destroyed them all, but a mysterious transmission in #MetroidDread implies some may have survived...or have they? pic.twitter.com/kolGcX8r13

In the trailer shown during the E3 2021, it was seen showcasing a fast-paced gameplay while obtaining its side-scroller identity that looks like Metroid: Samus Returns, which had more emphasis on action.

The Return of the "X" Parasites

According to Screen Rant, Metroid Dread  will have a returning game element from one of the previous Metroid titles. In a tweet made by Nintendo of America, it said that a parasitic lifeform known as the X might return to haunt Samus again.

This might reference to the X Parasite, which became the focal point for Metroid Fusion as its antagonist. Lore-wise, the X Parasite was supposed to be eradicated by Samus after destroying a Biologic Space Laboratories station that is carrying the said parasitic organism.

The said space station collided into the planet SR388, destroying both of them in a colossal explosion, supposedly annihilating the parasite.

It is unclear how the X Parasite survived said explosion, or in the tweet's case, whether the said parasite will or will not appear in Metroid Dread.

Aside from the returning foe, the E3 Trailer for Metroid Dread also shows a number of Samus' new abilities to her disposal, as well as returning ones. Aside from the missiles, Samus will have her melee counterattack which she used in Metroid Samus Returns, but she can use that move while moving.

She will also have a new sliding mechanic that is helpful against small gaps while avoiding the E.M.M.I.s, alien robotic mechanism that is chasing down the bounty hunter throughout the game.

Other abilities that are present in Metroid Dread includes the Phantom Cloak, which will act as an invisible cloak for Samus against the robots.

Metroid Dread, according to Nintendo Life, is set to launch on October 8th, however pre-orders for the game are open in North America and in the United Kingdom.

According to Comicbook, players may pre-order the said side-scroller through GameStop, which offers a bonus for those who will avail said pre-order. They can avail the Standard Edition of Metroid Dread for $59.99, which includes the game itself as well as a bonus pin set featuring Samus and E.M.M.I.

They can also avail the Special Edition, where aside from the game and the GameStop-exclusive pin set pre-order bonus, they will also get five high-quality art cards featuring the key arts for each 2D Metroid game and a 190-page art book that will span all of the 5 games in the 2D Metroid saga.

As of the question whether the game will have a downloadable content (DLCs), Game Rant said that Nintendo might announce it on the next Nintendo Direct, which according to several rumors, it might be Metroid Dread­-focused.

The said DLC might be a story-based content add-on or unique costumes or new game modes, but it will be possible that the video game company will let their fans know if there would be a DLC for Metroid Dread that is on the way.