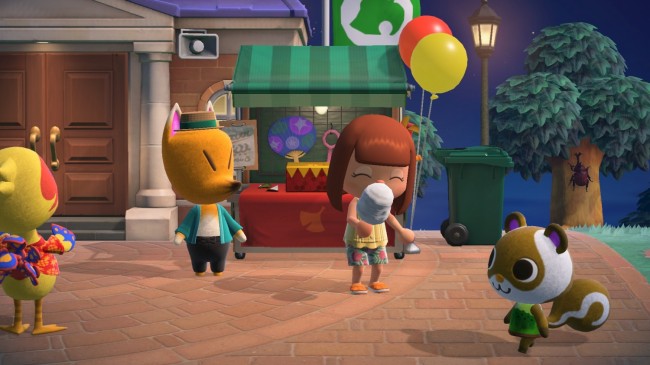 Days after it received the Patch 1.11.0 Update, Animal Crossing: New Horizons will receive its new Patch 1.11.1 update, however unlike its previous update, this incoming patch update will be small and will only fix few bugs within the game.

This was after a report revealing that the Patch 1.11.0 Update also brought in bugs which plagued several of the game's elements, including those that focused on customization, do-it-yourself (DIY) recipes, and among others.

Players of the game need to take note that these patch notes, according to Nintendo Life, is only available in its Japanese website, and as of this writing, Nintendo did not post the similar patch notes for the update on their English website for those who are living outside of Japan.

Nintendo has released a new minor update for Animal Crossing: New Horizons tonight bringing the game to Version 1.11.1 -- here are the patch notes! 🎉 That's a lot of 1️⃣s. #ACNH https://t.co/a5N7zby1Az

The aforementioned Patch 1.11.1 will focus on mainly fixing several bugs that were carried by the previous Patch 1.11.0 Update.

One of these fixes involves a bug plaguing Harvey's Island. According to Sportskeeda, during the previous patch update, New Horizons players encounter a bug that would not allow them to customize the island and Harvey's photo studio as well as prohibiting them to use certain items in their inventory.

The patch notes for the Patch 1.11.1 Update, according to Attack of the Fanboy, stated that the issue regarding color variations of those items that would not appear in the Photopia's item catalog is fixed.

Another issue that came from 1.11.0 is the bug where the menu for the DIY Recipes app was inaccessible, forcing players to no long carry any treasure island recipes back to their own respective islands.

The Patch 1.11.1 Update fixed this bug, however it only pertains to the sorting in the DIY Recipes app as the fix will make them appear to be sorted in the correct order. Despite of that, the recipes are still not accessible for players after leaving an island.

Finally, the previous patch update also gave a bug that will not allow the closing time music in Nook's Cranny to be played in the background. With the Patch 1.11.1, the said bug was fixed and the background music can be played again.

Aside from the fixes for the aforementioned bugs, New Horizons' Patch 1.11.1 Update also brought other small changes in the game.

According to Attack of the Fanboy, the said patch update fixed a bug where clouds did not appear as intended. Other notes regarding the update, according to Kotaku, includes the game's local communication feature will not be accessible to those whose New Horizons are not yet updated.

Because of this, players need to have the same update version before initiating said local communication, as well as players need to update their own copies of the game before playing it to see the bug fixes.

Apart from the changes mentioned earlier, there is nothing left for the Patch 1.11.1 Update to give for Animal Crossing: New Horizons, not even new content. The fans of the game would probably overlook said update while looking for new experiences in the game and waiting for Nintendo to give what they want.