'Pokemon Go' Eevee Community Day Guide: How to Complete 'What You Choose to Be' Special Research Tasks + MORE 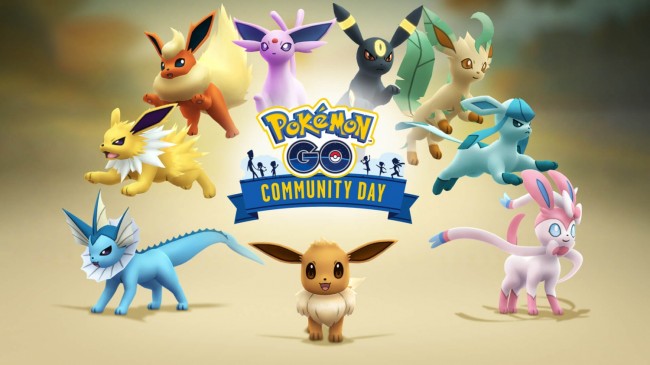 Eevee will take the center stage in Pokemon Go as the Evolution Pokemon is the focal point for the game's "Community Day."
(Photo: Photo from Pokemon GO's Twitter Page, @PokemonGoApp )

It is that time of the month once again where Pokemon Go Trainers go together and enjoy the game as Pokemon Go Community Day is back. This time, the said event will focus on Eevee, the multifunctional, and multi-Evolution, Pokemon.

According to Attack of the Fanboy, the said event will be filled with Eevee spawns for players to catch and evolve it into an Eevee-lution that they wanted or if they want to collect all of its Evolutions.

But much like any other Pokemon Go Community Day, this month will be no different as players will have the opportunity to accomplish the event-exclusive "What You Choose to Be" Special Research Tasks.

Need a reminder of all the amazing bonuses that will be available during August #PokemonGOCommunityDay? Check out this handy image, and save the date! pic.twitter.com/HtMrTCUWGk

How to Activate "What You Choose to Be"

In order for the Trainers to start their Special Research Tasks, they need to buy first the What You Choose to Be ticket, which is sold in the Pokemon Go Shop for $1, according to Dot Esports. They can buy the said event ticket either before or during the Community Day.

Once they got the ticket and enter the game with it, they will see What You Choose to Be in the Special Research menu, and activate it to initiate the tasks.

How to Clear "What You Choose to Be"

The First Task, according to Gamepur, will let Trainers to power up their Pokemon up to ten times, catch 15 Eevee while making seven Nice Throws. This first subtask is easy considering that as mentioned earlier, Eevee will spawn more often during the Community Day.

In the second set of sub-tasks for the event, Trainers will be rewarded with encounters with the first three Eevee-lutions - Vaporeon, Jolteon, Flareon - by accomplishing the following - Catch 15 Eevee, transfer 10 Pokemon, and evolve three Eevee.

For the last sub-task in Second Task, they can use their own Eevee that they have caught for this event.

In the Third Task, Trainers must make 3 Great Curveball throws, transfer 10 Pokemon, and evolve two more Eevee to receive encounters for Espeon and Umbreon, as well as encounter with Eevee.

Another Eevee encounter will be awarded for Trainers if they accomplish the tasks in the fourth one, as well as encounters with both Leafeon and Glaceon. In the Fourth Task, they must Catch 15 more Eevee, use 15 berries to catch Pokemon, and evolve two more Eevee.

Finally, if the Trainers complete all of the four sub-tasks in the Special Research, they will receive 100 Eeve candies, an Eevee encounter, two Silver Pinap berries, 3,000 Stardust, 2 Rare candies, and a Sylveon encounter.

The What You Choose to Be Special Research Tasks will be available during the duration of the Pokemon Go Community Day, which according to Dot Esports, will be lasting from throughout the weekend from August 14th to August 15th.

According to Polygon, players can also grab the opportunity of evolving their own Eevee from August 13th, at 1:00 PM EDT, until August 16th at 1:00 PM EDT, in order to grab Event-exclusive moves such as Scald for Vaporeon, Zap Cannon for Jolteon, Superpower for Flareon, Shadow Ball for Espeon, and much more.