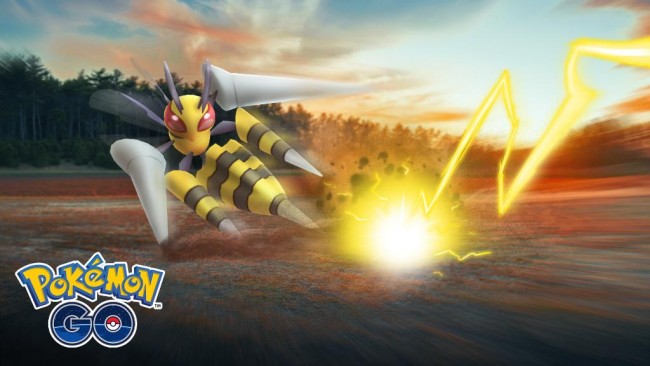 It is that time again for Trainers in Pokemon Go to hunt down several Mega Evolved Pokemon as Mega Raids are now in the game for the whole month of August as part of its Ultra Unlock Part Three Week 1: Sword event. This week, Mega Beedrill will appear in said Mega Raids.

First introduced in 2020 as part of the introduction of Mega Evolutions in the game, Mega Beedrill will bring in its "drills" to the said raids as Trainers are attempting to catch this Bug/Poison-type Pokemon and make it their very own.

In order to defeat, and catch, Mega Beedrill, Trainers must understand its weakness. As mentioned earlier, Mega Beedrill is a Bug/Poison-type Pokemon. According to the chart provided by Eurogamer, Bug-type Pokemon are vulnerable to Flying, Rock, and Fire-type Pokemon, including attacks based on these types.

With its immense power and varied moveset, Mega Beedrill can be a game changer in certain raids. Have you battled with Mega Beedrill in raids recently, Trainers? pic.twitter.com/qB1Ex2J6Mx

With these facts, according to Gamesradar, Trainers can consider several Pokemon that are either belong to the mentioned types or can use powerful moves that are under the said types.

According to the list of suggested Pokemon made by Bleeding Cool, with the help of Pokebattler, Mewtwo can be a good choice considering that it is a Psychic-type and has two Psychic-based attacks, Psycho cut and Psystrike. Metagross, a Steel/Psychic-type Pokemon, can become a good choice to the team as well.

Moltres, Ho-Oh, Reshiram, and Entei, can be a good addition thanks to their Fire-based attacks like Fire Spin, Incinerate, Fire Fang, and Overheat, with the first two being Flying-types, which is also an advantage in fighting Mega Beedrill.

Mega Evolutions such as Mega Pidgeot, Mega Charizard X, and Mega Charizard Y can be a great combatants against Mega Beedrill, but Trainers must take note that they need to have only one Mega Evolved Pokemon in their team.

Bleeding Cool also advised the Trainers that is it recommended for them to power up their counters as much as possible, while facing Mega Beedrill with a partner or have three or more companions with them.

In order for them to catch Mega Beedrill, they need to use the Circle Lock Technique along with Golden Razz Berries while making Great or Excellent throws. If they want to multiply the Candies earned while catching it, they need to use Pinap Berries instead.

The Mega Raids for Mega Beedrill, according to Republic World, will last until Thursday, August 26th.

Once caught, Trainers need to understand Mega Beedrill so that it will become efficient in Player-versus-Player (PvP) battles in Pokemon Go.

In terms of picking the best moveset for Mega Beedrill, Trainers who wanted the Pokemon to focus on being offensive and dealing the highest amount of damage per second (DPS) can learn Poison Jab and Sludge Bomb.

If they want to make it focus more on defense, they will make it learn Infestation instead of Poison Jab. Other moves that Trainers want to learn to their Mega Beedrill includes Bug Bite (attainable through Elite TM), Aerial Ace, Sludge Bomb, X-Scissor, Felt Stinger, Drill Run (attainable through Elite TM), Frustration (for the Shadow version), and Return (for the Purified version) .