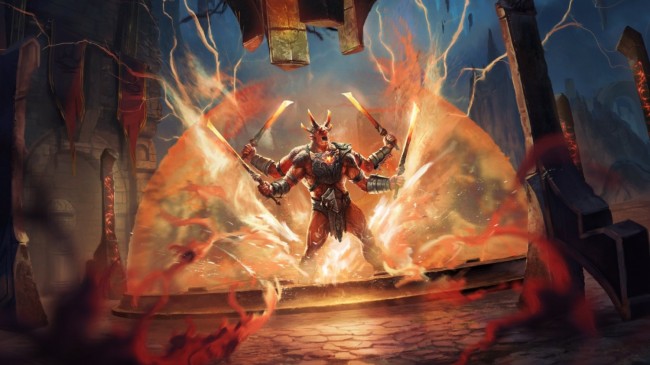 The fires will spread in Elder Scrolls Online as the multiplayer role-playing game will receive its brand-new "Waking Flame" dungeon downloadable content (DLC) pack. The said DLC pack will bring in new additional content, including new dungeons for players to traverse.

Aside from the said dungeons, Waking Flame will also bring in new merchandise units, as well as collectibles and furnishings that they want to have in-game, and other extra additions.

Waking Flame brings in two new dungeons in Elder Scrolls Online - the Pink Petal Bastion and the Dread Cellar. According to GamePolar, both of these dungeons can accommodate up to four players.

Waking Flame and Update 31 are now live on PC, Mac, and Stadia. Continue your journey through the #GatesOfOblivion adventure with the all-new dungeons as part of the latest DLC!https://t.co/owLiGlS8U8 pic.twitter.com/TZsUU7BUvL

The former can be reached through its entrance, which is in the northeast of Glenumbra, with its doorway is in the east of the Burial Mounds, while the latter is positioned in the northern Blackwood, northwest of Wilke.

Each of these dungeons will have a Normal mode and a difficult Veteran mode, with a challenging additional Hard mode for every three boss encounters.

According to Blast Away the Gamer Review, both of these dungeons will have their own story, as well as unique purposes as to why they are involved in the schemes of Meghrunes Dagon.

Aside from these dungeons, item sets will be included, According to WCCFTech. This includes two new Undaunted Monster Mask sets, the Magma Incarnate and the Prior Thierric, which will be available within the Dungeons.

A Unique Achievement awards set will also be available after completing the Dungeons, which contains cosmetics such as unique body and face markings, a unique Memento, several in-game titles, and unique housing items including furniture.

Other item sets that the Dungeons could give to the Elder Scroll Online players includes the Scorion's Feast, Rush of Agony, and Crimson Oath's Rive item sets for the Dread Cellar Dungeon, and the Thunder Caller, Grisly Gourmet, and Silver Rose Vigil item sets for the Red Petal Bastion Dungeon.

Waking Flame also brought it new cosmetics in Elder Scrolls Online, including the Magma Incarnate and the Prior Thierric helm and shoulder outfits, which can be unlocked if players would clear the Veteran mode of the new dungeons.

The Shattered Chivalry face and body tattoos can be obtained if players earned both the Arcane Analyst and the Red Petal Bastion Conqueror achievement respectfully. New furnishings were also added in the game, as well as new Achievements and Titles.

Along with the Waking Flame DLC pack, Elder Scrolls Online would also receive its Patch Update 31, which according to Gaming Lyfe, will bring in bug fixes and performance enhancements.

This includes enabling of the dynamic resolution scaling for the Performance Mode on Xbox Series X|S and PlayStation 5, as well as a new Default HDR mode for the Xbox One and PlayStation 4.

For PC Players, the said patch update will bring in Console Enhanced, a graphic feature that renders multithreading settings and increases frame rates in the game. The said feature, which was first implemented in the game's console version, will be run through a new opt-in beta setting.

Other changes brought in by the Patch Update 31 includes prohibiting of proc sets in existing No-CP Cyrodiil and Imperial City campaigns from firing, as well new item sets, collectibles, and furnishings.

The Waking Flame DLC pack for Elder Scrolls Online is now available for PC and Google Stadia players today, August 24th, and can be purchased through the in-game Crown Store. The said DLC Pack is also included for all players who are subscribed to ESO Plus.

Waking Flame is set to be released on September 8th for Xbox Series X|S, Xbox One, PlayStation 5, and PlayStation 4.