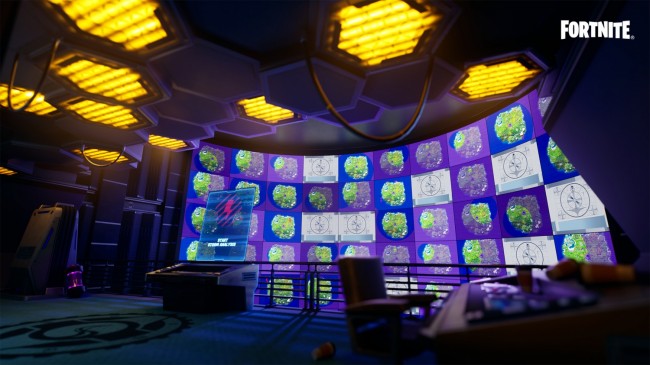 As its Chapter 2- Season 7 reaches its climax, and its Season 8 soon to come, Fortnite receives its newest Patch 17.50 Update, bringing in new additional content to the shooting game.

The said patch update, according to Charlie Intel, will might be the last patch update for the shooting game's current Season 7 as Epic Games, the developers of the said game, have thrown in changes aside from the aforementioned in-game additions.

One of the new additions in Fortnite once the Patch 17.50 Update rolls out is the Island Games. This special Creative event, according to a blog post made by Epic Games in their website, will have the players of the game took part in a number of different limited time game modes.

While taking on these matches, they will have the opportunity to complete tasks to earn huge rewards such as 20,000 or 30,000 XPs, an On the Rise emoticon, the Drooly spray, a Wavebreaker wrap, and the Qwerty Axe.

The said patch update also introduced new Legacy set that will be exclusive for those who are subscribed to the Fortnite Crew.

The said set, according to Birmingham Mail, will contain in-game items such as Back Blings and Pickaxes that will evolve for every month. These items will have six tiers, each will be unlocked and evolved on the 14th day of the said month.

Speaking of in-game items, Fortnite's Patch 17.50 Update will bring in High Tech Hijinks as part of the game's third Wild Weeks. According to The Nerd Stash, the said event will bring forth new Alien and IO Tech to the game and they will be easier to found starting September 2nd at 10:00 AM ET.

In those days, Abductors will only carry weapons such as the Kymera Ray Gun, the Grab-itron rifle, the Prop-ifier rifle, as well as the Alien Nanites, while IO Chests will have the Pulse Rifle, Rail Gun, Plasma Cannon, and the Inflate-A-Bull.

Also, several of the mentioned weapons can be collected inside normal Chests that are scattered in the game's map. Along with the weapons, XP will be earned as well during those days through two Legendary Quest chains, each has a specific task. Players can either take one of those Legendary Quests or do both.

Aside from the aforementioned additions in the game, the Patch 17.50 also provided changes, which included an overhaul to the Playlist menu.

According to Gamespot, Epic Games provided a cleaner look to the game's user interface, which is similar to that for Netflix's virtual library. With this change, players can find the games easily, as well as they can now refine their searches through the categories or tags and add them to the "My Library" menu.

Aside from that, other change that will be rolled out includes one change to the game's map following the Season 7's lore, where the Corny Complex is the next point of interest (POI) that will abducted by the Mothership.

Other changes also include a fix to an issue that makes players unable to use any inventory items after swapping from a Prop-ifier to a Consumable, and a reduction of number of Epic Quests needed to unlock Superman's additional rewards.

READ ALSO: J Balvin Style 'Fortnite' Skin: How to Get, What Does it Look Like, Accesories, Release Date, MORE Details