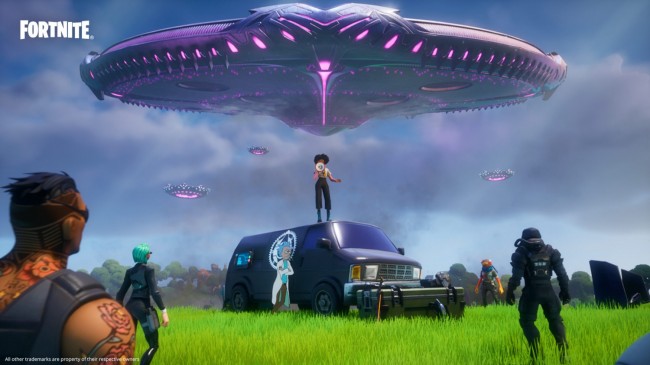 It is time for the island's last stand against its alien invaders as Fortnite announced the conclusion of its Chapter 2 - Season 7 with the "Operation: Sky Fire" event. In this event, players will take the call of Dr. Slone to be undercover agents for the Imagined Order and infiltrate The Last Reality.

And to prepare for the big event, the shooting game will allow its players to collect everything and finish any Epic Quests that they have before facing the imminent extraterrestrial threat.

Prepare for the Last Stand

The said event, according to vg247.com, will roll out on September 12 at 4:00 PM ET. During the event proper, players will be part of the Imagined Order's strike team to sneak the alien mothership. And since this is an infiltration mission, and they need to do this "in style," players need to be in suitable disguises.

The Mothership's sights are set on the IO's base. Slone has a plan to end the Invasion for good. Are you ready?

Prepare for the live event, Operation: Sky Fire on Sep 12 at 4 PM ET.

❤️ this post to be reminded when the Event is live pic.twitter.com/wqRwQ9jgdf

Operation: Sky Fire, according to NME, will be opening slots for players who want to jump in and be part of the secret mission 30 minutes before it formally begins.

Because of this, those who are interested join can log in early and standby in order to reserve their spot. They can also bring in a full lobby of 16 friends to participate said event.

In order to prepare the players for Operation: Sky Fire, according to the blog post in Fortnite's webpage, the game will give away several privileges to its players in a form of discounts of several in-game items and services coming from the island residents and vending machines.

Players will also have the opportunity to earn Bars in the game and spend them on items before their stash would reset during the "Bargain Bin Wild Week" this coming September 9th at 10:00 AM ET.

To help them progress, a Legendary Quest will be rolled out for them, where they will earn XP for their Season 7 Battle Pass after they offload their stars of Bars and earn the remaining rewards in that same Battle Pass before it expires.

They will also be given an opportunity to fulfill any remaining Epic Quests, as well as exchanging their remaining Battle Stars and Alien Artifacts for their desired rewards and Kymera styles and options, respectfully, before Season 7 ends.

Any unclaimed Battle Stars or Alien Artifacts after the of the said season will be automatically redeemed in exchange for any earliest available rewards and styles.

Aside from Epic Quests, players will also need to accomplish Superman Quests before September 12th. Before the aforementioned date, they must help Clark Kent in recovering his memory

Players would also take note that several Quests that is outside of the Battle Pass will carry over into the next season.