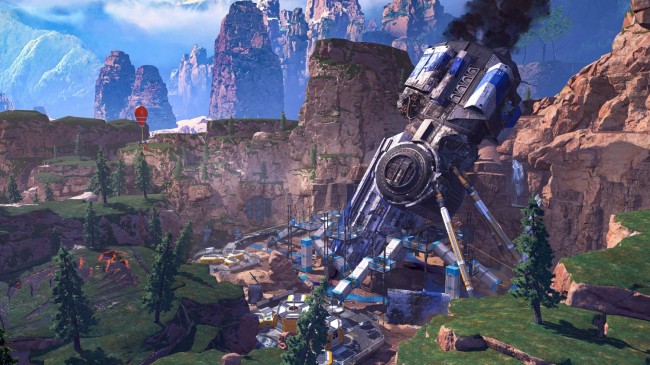 Players of Apex Legends tend to explore the "Kings Canyon" map to look for weapons and item crates, as well as strategic places that they can go to as they fulfill any objectives within the game. Among their explorations, they would discover new things, and places, that they can use in their advantage.

One of said places is a secret tunnel within the battle royale game's map, that despite the surprise of the many, according to HiTechGlitz, for those who played the game since day one, it is there the whole time.

The said "discovery" was first seen in several posts in the game's Reddit page. In one of the said posts, which is made by u/Sametg73, he asked if when the Kings Canyon map has a hidden tunnel.

The said user, in a video clip provided, traversed the said tunnel, which appeared to be old and worn with growing plants, rock formations, and roots that are clinging the walls, all illuminated with what appears to be mining lights, up to its end.

Also in the said clip, the said Redditor is the only person that has been there during a match with no other players on sight, meaning that few people traversed, or used, the said tunnel.

Another Redditor, u/zeger_jake­, also posted said discovery, asking if other players saw, or went, to the said secret tunnel.

Several Redditors responded to the said posts, saying that the hidden tunnel with Kings Canyon was there since the game's Season 0. In a comment, a Redditor said that that place was not ever been changed.

This is, according to Game Rant, despite the fact that Respawn Entertainment, the developers of the shooting game, usually tweak several parts of the game's maps, with the parts of Kings Cannon, excluding the hidden tunnel, received several tweaks or removed eventually.

According to another comment, the said developers might have forgotten that said tunnel, while another Redditor said that it should stay that way.

Other Redditors also said that they have saw it since Apex Legends rolled out and they even picked it as a primary place to land on during a hot drop, as well as using them strategically during the endgame, while others who also played the game since day one said that they did not see it even if they played the map several times.

Where to find it

The said hidden tunnel in Kings Canyon, according to most of the comments in the aforementioned Reddit posts, was located in its Swamp area, under a house to the far south of the highest one.

According to Dexerto, the said area was fairly overlooked because of its location, which it is on the very outskirts of the map. The said spot is also a rare place for the final circle to appear during Apex Legends' endgame phases.

However, considering that more players did not know the location, others might use it as an advantage. Aside from a hiding spot, they can also use the hidden tunnel to sneak attack any opponents that unaware of the said place with an unsuspecting flank, bamboozling them in the process.

TAG Apex Legends
© 2020 Game & Guide All rights reserved. Do not reproduce without permission.