Pokemon Go Azelf, Mespirit, Uxie 5-Star Raids Guide: Where Will They Appear, Will There be Shiny Versions + Counters 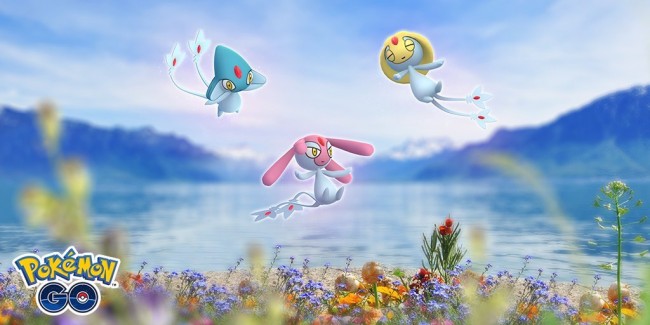 As part of its month-long Season of Mischief, Pokemon Go will bring in the Lake Guardians of Sinnoh Region, namely Azelf, Mesprit, and Uxie, as part of the event's 5-Star Raids. The said trio, which were first appeared in Pokemon Diamond and Pearl, will individually appear in several regions.

Aside from the Lake Guardians for the said 5-Star Raids, Mega Houndoom will be part of the event's Mega Raids, alongside Mega Slowbro. Trainers can still have a chance to capture the latter as its Mega Raids will end on September 14th at 10:00 AM local time, while the former will be on the said Raids until October 1st, also at 10:00 AM local time.

Where will the Trio Appear

As mentioned earlier, Azelf, Mesprit, and Uxie will be available in regions where Pokemon Go is playable. According to Sportskeeda, Trainers in North and South America, as well as in Greenland, will face Azelf in the 5-Star Raids.

Those who are in Europe, the Middle East, Africa, and India, on the other hand, will face Mesprit in the same Raids, while Uxie will be available for those who are in the Asia Pacific Region.

According to Niantic, the developers of the game, in their blog post in the game's website, the Lake Guardians will simultaneously appear in the said regions starting September 14th, at 10:00AM local time, until October 1st, also at 10:00 AM local time.

They will be also available in the aforementioned Raid Hours on every Wednesday of the month, which means Trainers from the said regions will have the opportunity to face, defeat, and catch their respective Lake Guardian on September 15th, 22nd, and 29th from 6:00 PM to 7:00 PM local time.

According to Bleeding Cool, players who are lucky enough might find Shiny versions of Azlef, Uxie, and Mesprit in their respective regional 5-Star Raids.

How to Counter them

No matter what region they are in, Trainers will face either one of the legendary Lake Guardians in the 5-Star Pokemon Go Raids. But in order to defeat, and catch, one of them, depending on where they are, they must know their weakness.

The said Lake Guardians, Azlef, Uxie, and Mesprit, are all Psychic-type Pokemon. According to the chart made by Eurogamer, Psychic-type Pokemon like the aforementioned three are vulnerable to Bug, Ghost, and Dark-type Pokemon, as well as attacks that are based from these types, like Shadow Ball, Foul Play, and Fury Cutter.

According to Pokebattler, in order to counter either one of the three, they must have the following in their Pokemon team, along with their respective attacks: