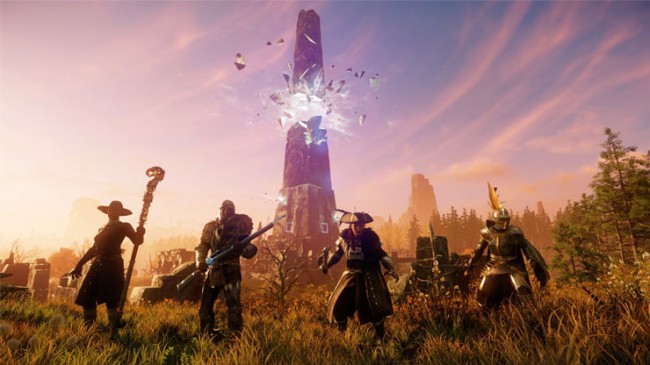 After a successful Open Beta Test, Amazon Games finally announced the release of their multiplayer online role-playing game, New World, including its servers. The said online game will implement any possible changes that coming from feedbacks from the said beta test.

Before the said formal launch, New World was first delayed multiple times after Amazon Games developed it since 2016. The game was first supposed to launch last August 25th, 2020, but was held back due to several development issues.

The developers then announced the new release date, which supposed to be last August 31st, but later delayed again during its Closed Beta Test last July.

See how you can prepare for launch and get exclusive drops from some of your favorite content creators!

According to a post in the game's website, New World is set to launch on September 28th. within that said launch, its servers will be opened for players. The game's European and South American servers will be online on 8:00 AM CEST and 8:00 AM BRT, respectfully.

READ ALSO: 'Diablo 2 Resurrected' Low Level Runewords Guide: Where to Get Runes, How to Make them, What to Use for Level 20 and Below

Those who purchased the game can pre-load the games today, September 27th, from 8:00 AM PT. According to Attack of the Fanboy, they are now able to play the game after pre-loading it once the servers of their respective regions will be opened.

Those who wanted to play New World in their PCs will need to check if the hardware, and software, are compatible to what the game is required.

According to Amazon Games' website, in order to play the role-playing game, players must have at least the minimum system requirements.

First, they must have a PC that runs a Windows 10 64-bit Operating System and has either an Intel Core i5-2400 Processor or any AMD CPU with 4 physical cores running at 3Ghz.

It will also need an 8 GB worth of RAM and either an NVIDIA GeForce GTX 670 2GB or an AMD Radeon R9 280 Graphics Card or better.

For a smoother performance, players must have either an Intel Core i7-2600K or an AMD Ryzen 5 1400 Processor, a 16 GB worth of RAM, and either an NVIDIA GeForce GTX 970 or an AMD Radeon 390X Graphics Card or better.

They will also need to have a 50 GB worth of hard disk space, a Version 12 of the Direct X, and a steady broadband internet connection.

Those who wanted to be early in the New World's server launch may still avail the game for pre-order, where they will also receive bonuses.

According to HITC, those who pre-ordered the game's Standard Edition for $39.99 will receive in-game bonus content such as the Isabella's Amulet item, as well as an "Expedition One" unique in-game title, a Fist Bump emote, and a unique Guild crest set.

Those who availed the Deluxe Edition for $49.99 will not only have the aforementioned bonus content, but will also have a Woodsman armor and hatchet skin, a Mastiff house pet, a Rock/Paper/Scissor emote set, and the game's digital art book.

Both the Standard and Deluxe Editions are available for pre-order on both Amazon and Steam.