'New World' Petrified Wood Guide: Where to Find and Use It 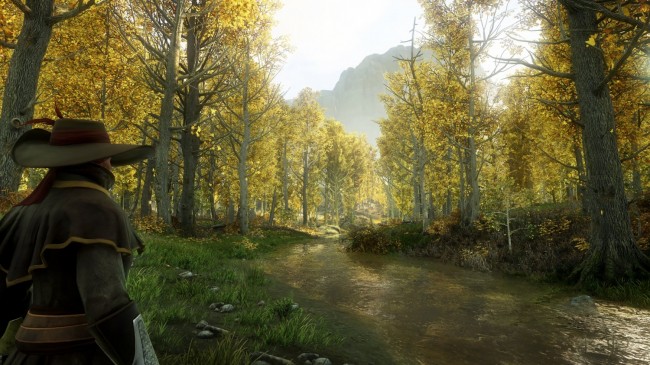 As players traverse the country of Aeternum in New World, while progressing in the game as they encounter supernatural beings that is spawning within different areas of the country, they will found several resources that they can gather as materials for crafting.

Once crafted, players can use the items, whether if it is a weapon, an armor set, or as a consumable, to their advantage. One of said resources that they can found in New World is Petrified Wood.

Where to Find Petrified Wood

Petrified Wood, according to Sportskeeda, is a rare resource. Any tree might provide it, however it takes a lot of RNG to harvest said resource.

All afternoon @playnewworld logging and not 1 petrified wood. pic.twitter.com/KHWh17yvg3

To increase the chances, according to Dot Esports, players must first improve their Logging skill, as well as their Logging Luck perk, which can gain X% chance to find rare items while logging.

READ ALSO: 'New World' Saltpeter Location Guide: Where to Find Them, How Transform Them into Gunpowder

The more a player use the said skill, the more it increases, while according to The Nerd Stash, equipping a Starmetal Lumberjack's Charm while crafting an ax will make the perk scale with an item's Gear Score, increasing the chance of finding the said resource from 2% to 9.3%.

Once they leveled up the mentioned skills, they must go to a nearest forest in an area in Aeternum, narrow down their search parameters, and focus on finding on either young, mature, or dead trees. They must harvest the said resources from the trees using an ax.

Once they cut down the trees, and if there are lucky enough, they will be granted some amounts of Petrified Wood. If they leveled up their Logging skill and Logging Luck perk, they will harvest it faster.

Items that can be Crafted using Petrified Wood

Once harvested, Petrified Wood can be used in recipes for Engineering as well as in Arcana, or crafting weapons that can be used in tandem with magic such as Staves.

One of the said staves that can be crafted with the said material is the Sparklight Staff. To craft this staff, players must have four of the Petrified Wood, along with twenty Fire Motes, fifteen Timber, five Iron Ingots, and four Silver Ingots.

Aside from the Sparklight Staff, the Breach Hunter's Fire Staff can be also crafted with the use of Petrified Wood. All it needs is two of the said resource, twenty Fire Wisps, fifteen Lumber, five Steel Ingots, four Gold Ingots, and four Whisperwood.

In order to craft these staves, players must go to the Arcane Repository, which can be seen in the Settlements. From there, they will pick the recipes for these weapons and give the materials needed in the said repository in order to start crafting.

They can also craft armor pieces, such as the Adept Cryomancer's Gauntlet and the Arctic Dusk Gauntlet, using Petrified Wood.