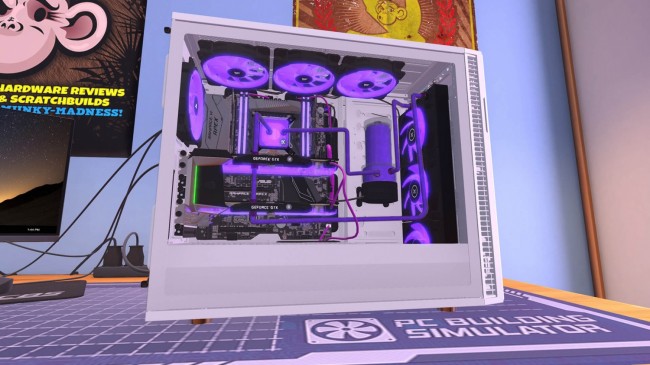 It is time to build that dream PC build as Epic Games Store brings in PC Building Simulator for free for a limited time only.

Next week, the online digital game store will have two games, Stubbs the Zombie in Rebel Without a Pulse and Paladins Epic Pack, that are up for grabs for free next week.

Developed and released in 2019 by Claudiu Kiss and The Irregular Corporation for the Windows PC, Playstation 4, Xbox One, and Nintendo Stwitch, PC Building Simulator is a simulation video game that lets its players run a workshop that specializes in building, repairing, and maintaining PCs.

Build your very own computer repair enterprise as you learn to diagnose, fix & build PCs. With real-world licensed components and comprehensive hardware, bring your ultimate PC to life! 💻

In the game, according to Neowin, they must build their own PCs using parts from real-life hardware brands such as Asus, AMD, Arctic Cooling, Corsair, Gigabyte, MSI, Patriot, Razer, and others, while diagnosing and repair others that will be given to them by their customers in the workshop.

They can also build PCs base on what customers wanted, including what Processor, Motherboard, and Graphics Card they wanted to add in, along with Cooling Systems and Memory Storage, as well as what PC casing they want to use for the build.

According to HotHardware, these information from them may either be vague or even downright wacky, and it is up to the players to know what they really want.

Aside from building it, according to Destructoid, they most also analyze it to see if it works by checking on how it benchmarks.

They can also tweak its BIOS, as well as overclocking it, in order to achieve better results without breaking the PC itself. All of these while earning a profit in order to buy parts for not just repairs but for their dream PC projects.

The game itself have three game modes - Career Mode, which includes the elements that was mentioned earlier, Free Build, a "free-for-all" sandbox mode where they will be given unlimited money, as well as all the parts, work benches and tools, to build their own PC, and How to Build a PC Mode, which acts as the game's tutorial for novice builders.

PC Building Simulator, due to its accuracy according to Tom's Hardware, can be a great teaching tool for those who want to start building their own PC rigs or starting a business involving computer repairs and diagnostics.

The version of the game that Epic Games Store is offering for the players does not have its Esports Expansion downloadable content (DLC) pack, where players will act as tech support for Esports teams and athletes, building and repairing their gaming rigs.

How to Get It for Free

Much like their previous giveaways, in order for players to get their free copy of PC Building Simulator in the Epic Games Store, they need to go to the digital online video game store's website and look for the "Free Games" tab.

PC Building Simulator will be available in the Epic Games Store for free until October 14th.