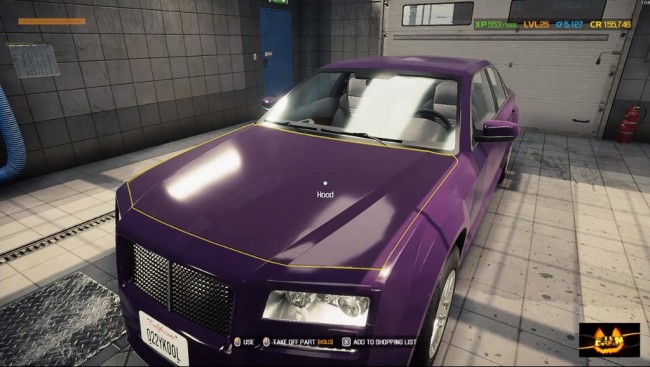 In Car Mechanic Simulator 2021, players can make profit from one of two ways. First, they can restore cars that they usually bought from the Junkyard, the Barn, or the Car Auction using more than 4,000 car parts, then sell it.

The other one is accomplishing Story Orders, or tasks which they were given a car that they need to re pair in order to earn Credits. Aside from the money, they will also receive XP once they accomplish a Story Order, which they could use to unlock any areas within the game, as well as abilities that they can use.

In this Story Order, players must repair a 2013 Chrysler 300, or an SCEO LX550 in the game. According to Kronos80's YouTube video, the said car has a problem within its electronics, including its car battery, making it lose power on longer rides. Its headlights are dirty, but still functioning, so they need to be cleaned.

Aside from that, it also needs to have its oil changed, its other parts repaired, and have it washed until it looks like a brand new car.

Once they received it, they would notice first hand that the car is in a good condition, but players need to examine it further. In order to start its repairs, they must transfer the said car in the Car Lift in the garage.

After that, they must examine its parts until they identify the "not discovered" ones. To do that, they need to go to the Examination Mode, which they can choose in the game's pie menu. In the said mode, players examine the parts manually. They can also do this during the Parts Disassembly Mode.

Another way that they could do to examine the car's parts is using the Additional Tools option, where players can use other tools to examine them that are in a specific location, like the ones in the engine, in the electronics, and in the wheels and suspension.

After examining that car, players must recognize the following parts, according to MagicGameWorld.com - the air filter, the alternator, the arm, the battery, the belt tensioner, four cam gears, four camshafts, two crankshaft bearing caps, the crankshaft pulley, the ECU type A, the exhaust manifold, the flywheel, and the fuel pump.

Before getting the parts, they must first drain the oil inside the car using the Oil Drain machine. After that, they can now start disassembling the problematic parts.

Once they got the parts, they can either repair them in the Repair Table, where they need to play minigame that once cleared, the parts are fully repaired can be used again, or if they are impossible to be repaired, they can be sold for Credits and Scraps, and instead buy a new one. For the battery, they recharge it in the Battery Charger.

Once they got all the parts repaired and replaced, they can now install them in the car, then transfer it to the Car Wash for washing. Then, they will calibrate the newly-installed headlights by realigning them.

Once they are done repairing, they can now test drive it to see its performance, then return the car to the owner and collect the earnings in order to complete this Story Order.