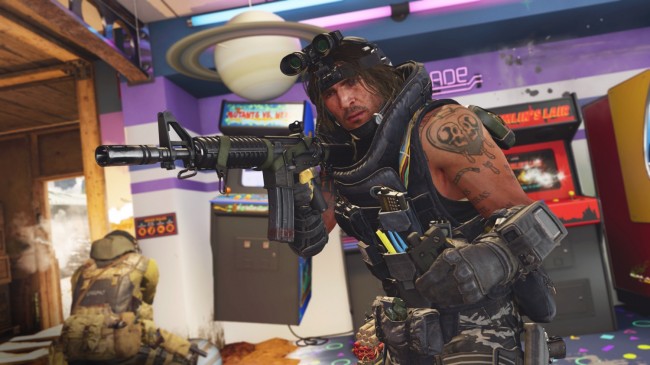 Treyarch released the patch notes for the October 13 Patch Update for Call of Duty: Black Ops Cold War, which reveals several changes to the shooting game's Zombie game mode, as well as one of its Wonder Weapons.

Aside from that, the said patch update also made changes to its Multiplayer game mode, including its weapons, as well as it adds more items that will be on-sale in the game's Prestige Shop.

The patch notes also revealed that Call of Duty: Vanguard will be having its very own Zombie mode. According to Charlie Intel, the said mode for Call of Duty's newest installment will be premiered tonight, October 14th, at 8:00 AM PT (11:00 AM ET).

Tweaks for the Zombies mode

According to Gamespot, the update will improve its main Easter Egg quest as the orange crystals that is needs to be collected in one of its tasks will be respawned during its escort section.

The said tweak, according to the patch notes in Treyarch's website, is to prevent any possible break in the quest's progression.

Aside from that, the patch update also fixed an issue where the dragon in the Der Eisendrache pinball minigame will freeze when players play the said minigame, as well as it enabled the said Zombies map in Local multiplayer play.

As for its Wonder Weapons, according to Comicbook, the update tweaked the Base Version of D.I.E.

The said Wonder Weapon can now receive a percentage of its maximum ammo capacity when an enemy Zombie is absorbed, making higher ammo capacity versions loke the D.I.E. Electrobolt more viable. The update also increased its melee damage to 160 from its original value of 145.

Speaking of D.I.E. Electrobolt, thanks to the patch update, the said variant will now increase the movement speed of the wielder while firing from 75% to 100% of base, and will now consume more ammo for its Level 2 and Level 3 energy beams. The said ammo consumption will increase as long as the trigger is held.

For its Pack-a-Punched version, D.E.A.D, the patch update will make it vacuum up to 3 enemies at a time at a slightly increased damage equal to the percentage of the enemy's max health.

It also tweaked its Glacialator and Joltsurge variant to increase the movement speed of the wielder while firing to 90% and 125% of base, respectfully.

On the other hand, the RAI K-84 Wonder Weapon also received a change from the patch update, increasing its vortex explosion damage by 100%.

For the enemies in the Zombies map, the patch update, according to Dexerto, fixed an issue that caused incorrect zombie pathing in the Main Street area.

It also added stability fixes to Abomination, as well as it fixed an issue that allows it to push players out of the playable area, and an issue that causes the sound of its beam attack to be heard after the attack ended.

It also fixed an issue that causes Tempests to follow players into the Observation Tower area, as well as it tweaked the Plaguehounds to have its Onslaught capped to 15 per Surge and its chance to spawn was lowered from 10% to 5%.

Finally, it fixed the issue within the PhD Slider perk that causes the players to take explosive damage when fully making a grenade while they equipped its Tier III or higher.