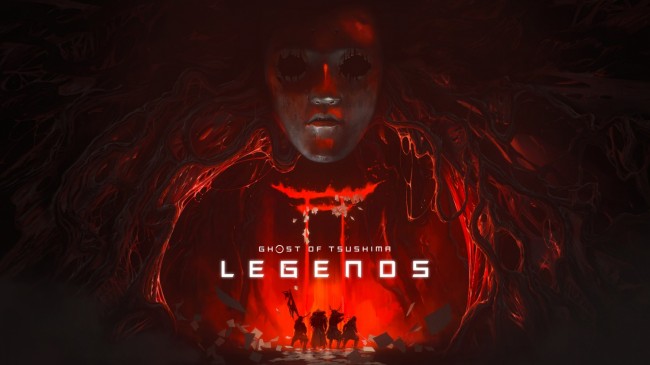 Sucker Punch Productions announced that Ghost of Tsushima will receive its Patch 2.12 Update, which will bring several changes to its Legends expansion, including several aspects to its multiplayer co-op feature.

These changes from the said patch update include several tweaks for its Survival and Rivals modes, as well as balance changes for its Classes, and item adjustments.

As mentioned earlier, the Patch 2.12 Update will tweak both the Survival and Rivals modes in Ghost of Tsushima: Legends.

In the coming days, we'll release Patch 2.12 for #GhostOfTsushima with Ghost of Tsushima: Legends adjustments including randomized spawn locations in Rivals and Survival, balance tweaks to classes and gear, and much more.

One of the said changes, according to the patch notes that was posted in PlayStation's website, is their enemy spawn points, which they will be randomized and changed with each new match.

The patch update also added the ability for its players to matchmake in order to fill up the empty slots for both its Nightmare Survival and Nightmare Story modes.

According to the developers, they are still testing this feature, while monitoring it in order not to upset the game's balance. They also said that they might consider removing it in the future patch updates depending on the feedbacks from its players.

Aside from the tweaks for both of its Survival and Rivals modes, the Patch 2.12 Update also brought in several adjustments for the Ghost of Tsushima: Legends's Classes and Items.

According to Attack of the Fanboy, the said patch update increased the Assassin's base assassination speed, making its stealth attacks faster and quieter.

It also adjusted the Shadow Strike technique's targeting, scaling it slightly with Stealth Attack Damage, and makes the one using it become invisible to enemies.

Also, the cooldown for both the Hunter's Staggering Arrow and Spirit Archer was reduced from 55 seconds to 42 seconds.

The Samurai Class's Raging Fire will have its cooldown increased from 36 seconds to 50 seconds, while its amount of fire damage spread to nearby enemies when using heavy attacks was reduced, and its duration was also reduced from 20 seconds to 11 seconds.

The duration for both of its Spirit Pull and Explosion Blade was increased from 11 seconds to 15 seconds.

The Patch 2.12 Update also adjusted several of the game's items. The maximum resolve gained from a Bottle of Liquid Courage was decreased from 3 to 2, while the reload speed, draw speed, arrow velocity, and maximum Fire Arrow count of the Weightless Spirit bow was increased.

The total concussion bomb ammo count inside the Bomb Pack and the Forbidden Medicine, when both of them equipped on either a Samurai or an Assassin, was reduced from 12 to 6.

The patch update also increased the healing effect from The Mist of Yagata, while it made the Magma Bomb no longer knock down enemies caught in its blast.