The 'Moonglow Bay' Guide: List of Recipes Available, Tips on How to Make Money 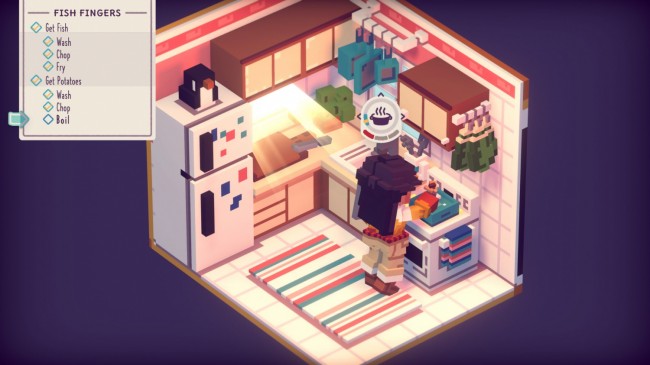 In Moonglow Bay, a fishing simulator role-playing game, players will take a role as rookie fishermen who will thread the coastline of Eastern Canada during the 1980s.

While they are engaged in its "diverse and emotionally charged" storyline, according to their website, they will also need to grab the opportunity to use the resources that the coastline is giving to them, particularly the fishes and other seafood that they will be catching, in order to earn for cash.

How to Earn Money in the Game

As mentioned earlier, players of Moonglow Bay need to earn money, or Shells, in order to buy necessary equipment both for their fishing and cooking, including several ingredients.

Let the centennial celebrations begin! 🎉 Moonglow Bay is now OPEN FOR BUSINESS on @Xbox and @Steam !

Rebuild a fractured community, find over 100+ Aquatic Species, play together in local co-op and uncover the mysteries of the mystical monsters of Moonglow! 🐳

According to TechRaptor, there are two ways for them earn Shells - by selling either what they have caught from the coastline or what dishes they are cooking using the seafood and other ingredients that they had in hand through the vending machine.

READ ALSO: 'Genshin Impact' Yummy! Barbecue Under the Stars Event Guide: How to Prepare the Dishes

However, the profit that they will be earning will depend on their value, especially their cooked dishes. The prices of these dishes will be affected by what fishes and other seafood used for it.

However, if they are used in a dish that can sold for 20 Shells, it will increase former's value, but it will decrease the latter's. Hence, they can either use it in a higher value dish, or sell it as it is.

Also, they need to consider the profit that they will earn while selling dishes. These can be indicated to the bottom of a recipe in their cookbook, where they need to subtract the cost, or how many Shells it took to make it, with its selling price.

The higher the difference, the higher the profit they earn after selling it, hence they need to consider cooking dishes that has low cost required, but has a high selling point to gain more Shells.

Several Recipes that They can Made

As mentioned earlier, one of the ways that players could make a profit in Moonglow Bay is to make dishes from their catches, either fish or other seafood, like crabs or lobsters, along with other ingredients. They will also need other equipment such as a fillet knife and a meat cleaver.

According to The Gamer, Fish Cakes can be an easier dish to make, as it requires one of any fish that they have caught in order to cook it during the early stages of the game. If they have potatoes in hand, they can do Fish-n-Chips, which costs 10 Shells to make.

In making a Whole Fish, they need to have a Grating Belly Fish, while a Ling is the only requirement to cook a Sizzling Fish, and for the Steamed Purple Tail, they will only need one Slicing Tail.

For the Surf and Turf, they need 1 of any shrimp or lobster, as well as steak and seasoning, while they need to a Singing Clam, bacon, and potatoes to make the Clam Chowder, and for making the Fish Pastry, they need two of any lobster or medium fish.

TAG Moonglow Bay
© 2020 Game & Guide All rights reserved. Do not reproduce without permission.