'Genshin Impact' 'Shadow of the Ancients' Event Guide: Where, How to Find the Conduction Components 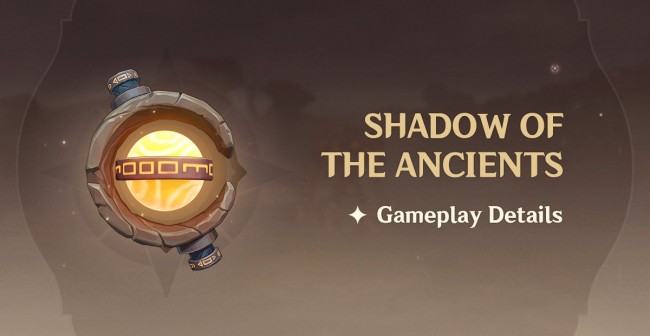 The Ancients have arrived in Teyvat as Genshin Impact launched its "Shadow of the Ancients" event, where players participate in activities, including investigating surveys and protecting equipment, that will reward them with in-game items.

One of the said activities is the "Journey to Tsurumi," where they will search for the Conductor Components that was scattered around different areas of the game. In order to do so, they will require to have the Ayesha's Chaos Prospector item.

But, in order participate in this event, and to get the said activity, according to Siliconera, players need to be in Adventure Rank 30 or above, as well as completed the Chapter 2, Act 1 - A Flower Blooms in a Prison Archon Quest.

"Shadow of the Ancients" Gameplay Details

Katheryne of the Adventurers' Guild seems to be having trouble dealing with a certain investigative commission. Helping her might just come with its benefits...

Where, How to Find the Conduction Components

Once they accepted Journey to Tsurumi, and have the three Ayesha's Chaos Prospector items equipped from their inventory, they can now go to the Survey Sites to look for the said Conduction Components. The first place that players need to go is the Qingzu Pool in Liyue.

READ ALSO: 'Genshin Impact' Yummy! Barbecue Under the Stars Event Guide: How to Prepare the Dishes

In order to look for the said components in the area, according to DBLTap, they need to go east, while they are equipped with the Ayesha's Chaos Prospector. They will see a glowing floating sphere of light which they will point to the location where the item is.

Next, they will go the Stormterror's Lair in Mondstadt, where they will find the item in the northeastern section in the said area. Once they are in that location, they will need to follow the floating sphere to an area where it has a crumbling wall.

Once they are in the area, they will look for a yellow pillar of light near the said crumbling wall, until they found the Conduction Component.

Next, they will go to the Yaoguang Shoal in Liyue. According to GoSuNoob.com, the said area where the Conduction Component is located is right next to a wooden in the location's southern area where a yellow light can be seen if they equipped the Ayesha's Chaos Prospector item.

Finally, they will go towards Tatarasuna in Inazuma to look for the final Conduction Component. Once they are in the location, they follow the direction the floating sphere is pointing to until they reached the southwestern area of the island.

From there, they will saw the said yellow light pinning the spot where the component is hidden. They will go that area to collect the last Conduction Component, and at the same time, ending the first part of the event.

Once they cleared the first quest, they can now do the other activities during the Shadows of the Ancients event, such as charging the Pursina's Spike using Electro-based Elemental Skills, while protecting them against wave of enemies including the Anomalous Model Ruin Grader.

Once they cleared these activities, players will be given rewards such as Mora, Primogems, Talent Level-Up Materials for their characters, and Mystic Enhancement Ores for their weapons.