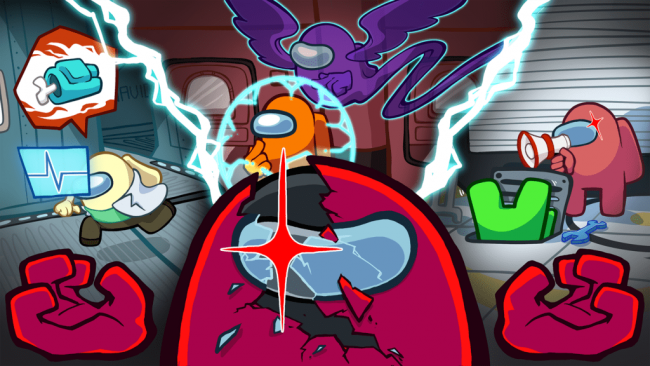 Among Us announced that it received a major update, which had brought in new additional in-game content to the online multiplayer deduction game.

The said additions include new roles that players can have in the game, as well as a new for them to grab several cosmetic items for their respective avatars.

As mentioned earlier, Among Us will have brand new roles courtesy of its major update.

According to the patch notes that Innersloth Studios, the developers of the game, posted in their website, players who are on the Crewmates side can choose one of the three new roles, the Scientist, the Engineer, and the Guardian Angel.

The Scientist can access, and check, the vitals of its fellow Crewmates at any time, whether they are "OK" or "ded," and can recharge its battery completing tasks in the area, while the Engineer can use the vents more efficiently to travel the map, making them and the Imposters the only ones that can access the said area.

The Guardian Angel, on the other hand, can cast a protective barrier around the remaining Crewmates, preventing to be killed by the Imposters. This role will be triggered once a Crewmate dies.

Speaking of the Imposters, they will have only one new role, which is the Shapeshifter. With this new role, they can disguise themselves by morphing into any other Crewmate, giving them more advantage to hide themselves, as well as to help them during the voting process.

These new additions, according to The Sun, will shake up the game's basic format, as it will add a ton of complexity and new gameplay options, especially the fact that these roles can be customized, including its probability and its individual abilities.

Customize your Avatar with Beans

Aside from the new roles, Among Us' major update also brought in a new in-game that players can use to customize their avatars. The said new currency, which was called Beans according to IGN, can now obtained through normal online gameplay for free.

This means that every time they are playing a game, whether as an Imposter or a Crewmate, they will receive an amount of Beans that they can use to buy Cosmetic items, which can be also be bought with real money.

These Beans can also be used in buying Cosmicubes, a new Battle Pass-like system in the game. According to Showbiz Cheat Sheet, these cubes have themed items, which are grouped into Pods, that they can unlock through a branching path.

These Pods, much like the Beans, are also gathered throughout the gameplay, and cannot be transferred between other Cosmicubes. The items inside the Pods can be ranged from headgears to bodywear to eyewear.

Other in-game currency that was introduced in Among Us courtesy of the said major update is the Stars, which according to the patch notes, is the Premium Currency that can be bought by real cash. Players can also use this to buy more Cosmicubes.

TAG Among Us
© 2020 Game & Guide All rights reserved. Do not reproduce without permission.