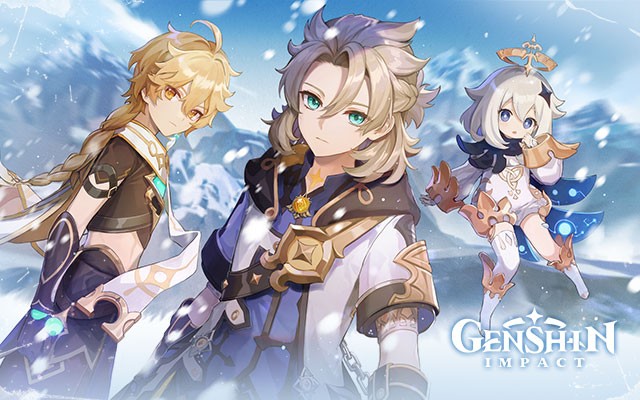 Months after its successful Version 2.2 Update release, miHoYo announced that Genshin Impact's Version 2.3 Update will be released within this month.

Named "Shadows Amidst Snowstorms," the incoming version update will introduce two new characters in the multiplayer online role-playing game, as well as other additional in-game content, such as new events and challenges.

As mentioned earlier, the Version 2.3 Update will bring in two new characters in Genshin Impact, namely Arataki Itto and Gorou.

Before their formal in-game appearance, both of these characters were spoiled many times, including the fact that several of the game's dataminers and leakers leak several details regarding them months ago. With Version 2.3 Update rolling out, they will have a formal introduction.

Itto, according to XDA, is a 5-Star Geo user who wields a Claymore. His gameplay style is more focused on defense, but unlike the game's other Geo users like Noelle, who focused on shielding herself and her allies, Itto can deal massive damage courtesy of his Elemental Burst, which can also deal Geo damage with every subsequent normal attack hits.

Also, according to Gamespot, he can transform himself into his Raging Oni King form, buffing up his basic attack stats while lowering his Elemental and Physical Resistance, making him unstoppable against his opponents.

On the other hand, Gorou, who is also a Geo user, is a 4-Star Bow wielder that acts as a Support character that will provide buffs on the battlefield depending on how many Geo users that are included in the party.

Both Itto and Gorou will be available in the game once its Version 2.3 Update rolls out, along with new backstories related to them, which will be revealed through the former's Story Quest and Hangout Events for the latter.

Aside from the two new characters, the Version 2.3 Update will also bring new additional in-game content in Genshin Impact. These said additions, according to Newsweek, will focus more on the Dragonspine region, which is located in Mondstadt.

In the "Shadows Amidst Snowstorms" main event, players must complete three challenges, all of which will test their adventuring skills.

These challenges include obstacle courses, which consist of platforming racetracks, that will test their agility, a tracker training that will let them explore a part of the area to search for ice crystals, and combat gauntlets where they need to survive waves of snow-themed enemies while being lured by something that emits cold air.

On the plus side, the main event will also give Genshin Impact players the opportunity to unwind after its challenges and build their very own snow man, which they can keep as a furniture for their in-game hangout. They can also exchange snowman parts with their in-game friends.

The said incoming version update will also bring in another new in-game event, the "Bantan Sango Case Files: The Warrior Dog," where they need to rescue missing animals that are all kidnapped by a gang of anthropomorphic dogs.

In order to clear this event, they need to use stealth-based tactics to get past them, as well as deploying smoke machines and fireworks to distract them.

Once they cleared the events, they will be rewarded with items, including the "Omni-Ubiquity Net," which can clone smaller creatures that they found in their travels and take them home as pets.

Aside from these events, the version update will also bring in new Ocean-Hued Clam and Husk of Opulent Dreams Artifact sets, as well as a new Event Wish Banner, which contains the two new characters, as well as Albedo and Eula.

It also has a new Boss that players need to face in Genshin Impact in the form of the Golden Wolflord, which can inflict "Corrosion," or a debuff that could constantly lower the Health of all party members, even those that are shielded.

It can also summon Rifthound Skulls to shield itself, and once the final phases of the Boss Fight come, it will further increase its Attack, but lowers its Elemental Resistance, especially to Geo-based attacks.

The Version 2.3 Update "Shadows Amidst Snowstorms," along with Arataki Itto and Gorou, will roll out in Genshin Impact this coming November 24th.