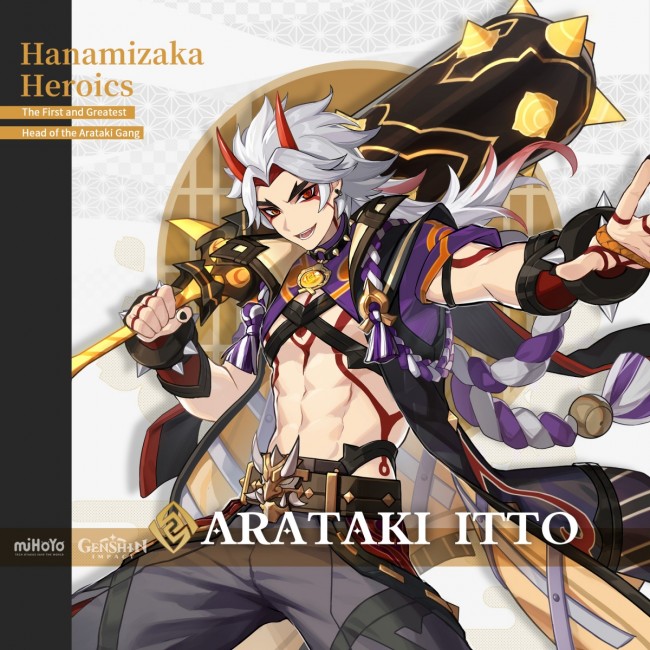 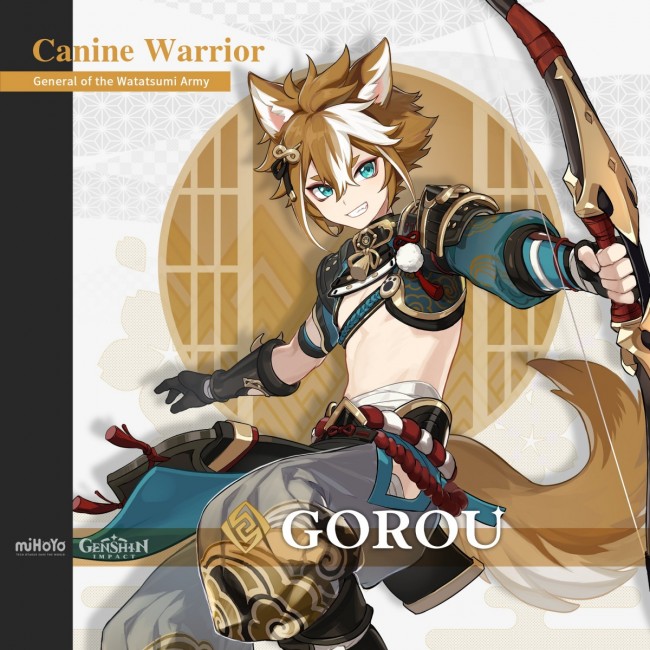 With its Version 2.2 recently released, players of Genshin Impact are waiting for the eventual release of its two new characters, Arataki Itto and Gorou, whose character arts and their short description were revealed in the game's Twitter page.

Players of the role-playing game need to keep in mind that these leaks and speculations are still unconfirmed by miHoYo, the developers of Genshin Impact, and they need to treat them with a grain of salt as they will change any time.

According to Gamepur, Itto was said to be a claymore-wielding Geo user who is designed to be a main damage dealer to a player's party in the game, and works well with other Support characters that are also Geo users such as Noelle.

He also scales off of Attack and Defense increase percentages, making any artifact builds for him unique.

His Normal Attack will just let him perform up top 4 consecutive attacks, with the fourth one gains him two stacks of Superlative Strength when it hit an opponent.

When players are holding a button to initiate a Charged Attack, they can continuously attack a target without using Stamina.

His Masatsu Zatsugi: Akaushi Burst Elemental Skill, according to Sportskeeda, makes him throw Ushi, a member of his Arataki Gang, towards his target opponents, dealing Geo Damage to them.

When Ushi hits an opponent, it will grant a stack of Superlative Strength. The summoned Ushi will remain of the field with Health points equal to that of Itto's, taunting enemies while providing him the Superlative Strength stacks every 2 seconds when attacked.

Once it leaves the field when its Health is zero or when the skill's duration time ended, the stacks that it has will be transferred to Itto.

His Royal Descent: Behold, Itto the Evil Elemental Burst will let him transform into its Inner Raging Oni King form to emerge, which will enable him to use his Oni King's Kanabou.

In this state, the damage from his Normal, Charged, and Plunging Attacks will be converted into Geo Damage, which cannot be overridden, while his Attack will be increased based on his Defense, his Normal Attack Speed will be also increased, and gains a 10% Elemental and Physical Resistance.

His first, second, and third consecutive Normal Attacks will grant himself a stack of Superlative Strength once they hit an opponent.

His passives also provided boosts for his Damage dealt and Attack Speed, including his Arataki Ichiban, which will gain him more Attack Speed for every attack, and his Bloodline of the Crimson Oni, which his Normal Attacks gains a Damage boost by 35% of his Defense.

Much like Itto, Gorou is a Geo user, however while the former focuses on dealing damage to his opponents, the latter, according to Sportskeeda, is focused on supporting his allies while still damaging his opponents thanks to his bow.

His Normal Attack lets him shoot up to five consecutive arrows to a target enemy, while his Charged Attack lets him perform an even more precise Aimed Shot. While aiming, its arrowhead will accumulate stone crystals, which will deal Geo damage.

His Inuzuka All-Around Defense Elemental Skill will deal an Area of Effect (AoE) Geo Damage, while creating a General's Wanner Banner. The said banner will grant buffs to allies depending on how many Geo users that players have in its party.

The said buffs will stay active as long as the General's War Banner is still active on the field, and they will be deactivated once the banner will be gone. Only one banner can exist on the field at a time.

His Juuga: Forward unto Victory Elemental Burst will make him deal AoE Geo Damage, while creating a General's Glory zone, which will give buffs that is similar to the aforementioned General's War Banner to his allies.

According to Alt Char, both Gorou and Arataki Itto is set to be released on Genshin Impact once its Version 2.3 Update rolls out on November 22nd, as miHoYo would release updates for the role-playing game every six weeks.