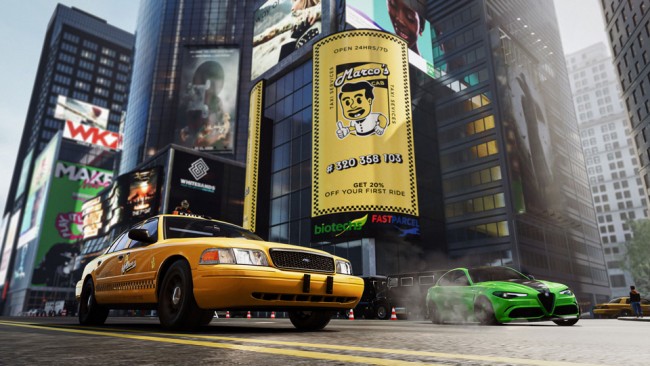 Ubisoft announced that they will release the Season 4 Episode 1: The Contractor update for The Crew 2 for free this weekend.

The said update will bring in new in-game additions to the open-world motorsports game, including new vehicles and other vanity items, as well as a new MotorPass, and Live Summits.

The Contractor will also fix several bugs and issues that were present in the game, and they might affect it if they are not addressed.

Welcome to the world of transportation services! 📦

The free The Contractor update will bring new vehicles to The Crew 2. According to a post in Ubisoft's website, the said vehicles that will be added include the Chevrolet 3100 mini truck, the Cadillac DeVille full-size luxury car, and the Ford Crown Victoria full size sedan with the Marco's Cab livery.

All of these will be available for purchase in the game's Shop either through in-game money or in Crew Credits, while more vehicles will be revealed throughout the update's duration.

The said vehicles can be also obtained through the game's newest MotorPass, which also includes other vehicles that players can have once they unlocked their specific Progression Tiers, as well as other rewards from either its free or premium versions.

According to GLyfe, this includes the Alfa Romeo Giulia Quadrifoglio compact executive car, and the Chrysler 300 SRT8 limousine.

Aside from the vehicles, the update also brought in new Vanity items that will be also given through the MotorPass or as rewards from LIVE Summits.

According to mp1st.com, a total of 10 smokes, 19 tires, 14 underglows, 11 nitros, 13 horns, 9 window tints, and 14 rooftops, will be up for grabs for players to customize their cars, as well 4 outfits and 4 helmets for their avatars.

Finally, a new batch of LIVE Summits has begun in The Crew 2 with Urban Jam. Now players will participate in thrilling street races while city traffic are awaiting them in the process.

The Crew 2's The Contractor update has also brought in several fixes in the game in the form of Patch 1.11.0 Update.

According to a post in the game's Reddit page, the patch update fixed a bug where the currently selected Underglow will no longer be equipped even if players are leaving the custom menu without equipping it. It also fixed a typo in one of its Vanities

The patch update also fixed an issue in the game's Summit activities, making them arranged in the same order as how they are displayed in when they are being accessed from the game's website, as well as a bug that causes a red background to appear over the "Mailbox is full" message in Summit rewards.

It also fixed a bug inside the "Exclusives" user interface (UI) tag in the players' MotorPass while changing languages and switching tabs, as well as a fix to a bug that causes its Intro cinematic to skip if they open the menu from the In-game News, or before the profile menu has fully loaded.

Finally, the Patch 1.11.0 Update also fixed other bugs and issues that are plaguing its technical, missions, visuals, and other elements within its World, including its race tracks.

TAG The Crew, The Crew 2
© 2020 Game & Guide All rights reserved. Do not reproduce without permission.