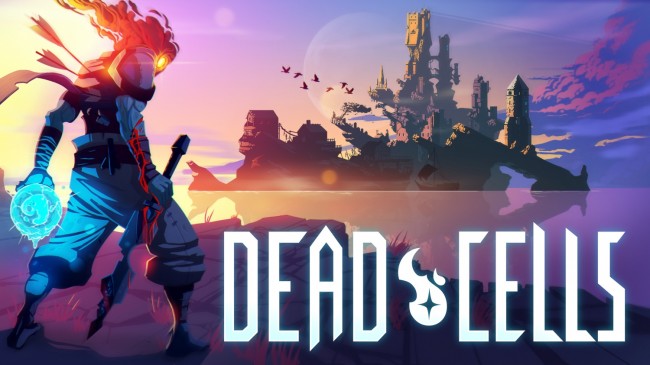 Motion Twin announced that Dead Cells, will receive its largest update ever in the form of the "Everyone is Here" Update, which will bring in a number of new additional in-game content to the shooter-slash-fighting action-adventure platformer game.

This include new weapons and outfits, all of which are based from the indie video games that the developers took inspiration from while creating Dead Cells.

The said update will also bring in changes in the game, as well as fixes to several of its bugs.

EVERYONE IS HERE!
Update 26 is live to pay tribute to some of our most beloved indie games!
Unlock 6 new outfits coming with their own weapons, specials & secrets. Compliments of Blasphemous, Curse of The Dead Gods, Guacamelee, Hollow Knight, Hyper Light Drifter & Skul! pic.twitter.com/42nYSW4Gxv

Everyone is Here at Dead Cells

As mentioned earlier, Dead Cells' "Everyone is Here" Update will bring in new in-game content, all of which came from six indie video games.

All of these new in-game content was first revealed in a set of teasers that Motion Twin released in their Twitter page.

According to Destructoid, this includes games such as Hollow Knight, Blasphemous, Guacamelee, Hyper Light Drifter, Curse of the Dead Gods, and Skul: The Hero Slayer.

According to Gamepur, Hollow Knight will bring in the Vessel's Outfit, making The Beheaded don the same outfit that The Knight wore in the game, as well as the Pure Nail weapon, which will make him attack his enemies downward, causing him to bounce off from them.

The Penitent One will "appear" in Dead Cells in the form of the Penitent's Outfit, and it will bring in the Face Flask weapon.

The said new weapon looks like the Bile Flasks that the Blasphemous' protagonist used to take to regain health, however this will damage The Beheaded in order to transform the 35% of their missing health into recovery.

On the other hand, The Beheaded will release his inner chicken with Pollo Power, a new weapon from Guacamelee, which will transform him into an explosive egg bomb-laying poultry for a few seconds, while making him wear the Luchador's Outfit.

Meanwhile, he will be shooting the enemies in front of him with the Hard Light Gun, one of the two new weapons that The Drifter from Hyper Light Drifter brought in along with his Hard Light Sword and the new Magician's Outfit.

Finally, Skul from Skul: The Hero Slayer will bring in the simple yet effective Bone weapon, as well as the Little Bone's Outfit, which will make The Beheaded transform into a walking skeleton with a scarf.

According to the patch notes posted in the game's website, players need to explore the Prisoners' Quarters until they discovered new unusual rooms, which they will explore in order to unlock these new outfits for The Beheaded, as well as the weapons that will be added into his arsenal.

Aside from the new weapons and outfits, the "Everyone is Here" Update will also bring several changes in Dead Cells. According to the same patch notes, it gave several balancing changes, as well as an additional new log system in order to help the developers pin down the bugs in the game.

It also updated the game's mod support, including additional systems, API calls, a new button in the mod user interface, and an additional Timed Doors, No-hit Doors, and Old Timed Doors to the level scripting API.

The update also fixed several bugs inside the game, including a bug that causes Cocoon to not activate What Doesn't Kill Me, as well as a bug regarding its cooldown, and a bug regarding the ability to multiply Serenade.

It also fixed the bug where the Boomerang will not get its ammo back if the said projectile was destroyed in several cases, as well as a bug that causes Grenades to deal negative damage in some cases, and a bug that causes the Armadillopack not parrying attacks from the Guardian Knights and Automatons.

Finally, it fixed a bug that causes damage buff on invisibility to not trigger, as well as that bug that causes the shortcut for the Stilt Village to being impossible to get to, and a bug inside the Tonic, where its effects will get cancelled on any update of the inventory.