'Car Mechanic Simulator 2021' Pagani Zonda Revolucion Restoration Guide: How to Restore One of the Cars Included in the Pagani DLC Car Pack [VIDEO] 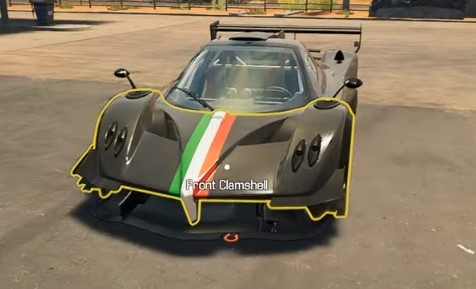 One of the said licensed cars that was featured in the Pagani Remastered DLC Car Pack is the 2013 Pagani Zonda Revolucion, the final version of Pagani's Zonda sports car, which was first seen during an international gathering for the Italian car manufacturer's clients last 2013.

In 2021, Pagani has begun an extensive conversion process for the Zonda Revolucion in order to make it road-legal, or a car that can be operated on the road.

How to Restore a Pagani Zonda Revolucion

Once they have downloaded the Pagani Remastered DLC Car Pack, they can now find the Pagani Zonda Revolucion in the game's Car Salon and, in the case of SONNY Gaming's YouTube video, the Junkyard.

After purchasing the car, they will wash its body and interior in the Car Wash, then they will transfer it to one of the Car Lifts in their Garage.

From there, they will drain whatever oil and other fluids, such as the brake fluid, coolant, power steering fluid, and windshield washer fluid, that is remaining inside the car using the Oil Drain machine and the Drain Tool, respectfully.

Afterwards, they will disassemble the car and get the parts that can either be repaired or replaced. These include the engine and other internal parts such as the battery, fuse box and radiator, the wheels, the braking system, the suspension, the exhaust pipes, the gearbox and starter, the body kit, the lights, the windshield, and the interior.

Once all that is remaining on the Car Lift is the body frame, they will repair it using the Wielding Machine, then they will detail its interior.

They will also repair the parts that still can be used in the restoration project by placing them in the Repair Tables, all of which can be seen in their Workshop.

From there, they will play a minigame, where they need to hit the green tabs in order to fix the parts. They will continue doing this until the said part is fully repaired.

On the other hand, parts that are impossible to be repaired will be sold instead for additional Credit and Scraps, and will be replaced with new ones. Considering the fact that the car was bought from the Junkyard, it also has missing parts, which means that they will buy new parts that will them in.

Once they got all of the parts repaired or replaced, they will start restoring the Pagani Zonda Revolucion, starting with rebuilding its engine, which is a V12 M120, one of the new engines that was featured in the DLC Car Pack.

Then, they will reinstall the other internal parts, including the gearbox, the starter, the fuel tanks, the reservoirs for the fluids, the battery, the fuse box with new relays and fuses, the ECU, the radiator and its fan, the brake servo, and the ABS pump and module.

Afterwards, they will reassemble the rest of the car. Once they finished restoring the car, they will paint its body in the Paint Booth, then move it in the Test Path room, where they will realign its wheels and lights.

Then, they will transfer it to the Dyno Test room to tune up the gears in its gearbox and perform a dyno test. Once they are satisfied with the results, they can now test drive their very own Pagani Zonda Revolucion.