Epic Games Gives Away 'Speed Brawl,' 'Tharsis' for Free: How to Get Your Own Copy 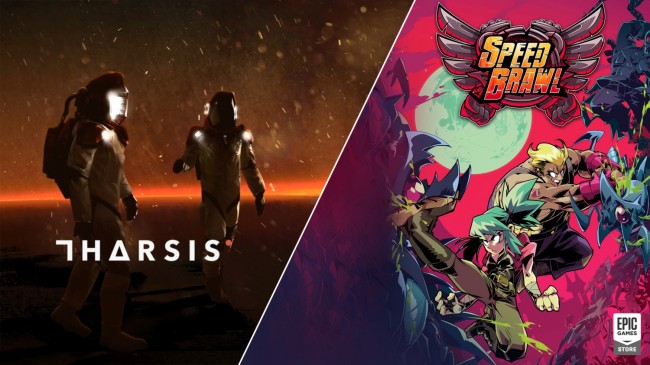 It is time to punch hard, and fast, and test your luck in order to survive in space as Epic Games Store brings in "Speed Brawl" and "Tharsis" for their "Free Games" offer. Now players who want to play these two games can grab their copies for free for a limited time only.

The online digital games store always offer video games from their library for free for a week. Next week, the top-down strategy game, "The Escapist," will be available for free in the said store.

Get Ready to Rumble with "Speed Brawl"

Developed and released in September of 2018 by Double Stalion Games, Speed Brawl, according to NME, is a 2D side scrolling combat racer game that takes place in an alternate history Britain, where an alien race attacked the planet, but later defeated and controlled by a man who used them as punching bags for his game.

Want to be in control of humanity’s first mission to Mars?

What about participating in an elite sport where only the bravest, fastest and the most worthy warriors could wage a petty war?🧐

In the game, according to Neowin, players will choose one of the six brawlers, and face the extraterrestrial horde in a gauntlet match. In order to win the said match, they will build combos and unleash powerful moves while maintaining their momentum.

Each of the said brawlers has a unique fighting style and can be upgraded to tailor their combat as they progress in the game. These upgraded fighting styles, including abilities, can be used to defeat foes as quickly and efficiently as possible in order to achieve gold.

Speed Brawl can be either played alone or with friends and other players through either local or online coop mode.

Roll the Dice with "Tharsis"

Developed and released in 2016 by Choice Provisions, Tharsis, according to Destructoid, is a turn-based strategy game that revolves around an ill-fated trek to Mars, where the astronauts that are in the said trek will need to survive the outer space with cannibalism and the roll of the dice.

According to PC Gamer, players need to lead the crew through the disasters that they will be facing while on space, while solving problems like food shortages and other moment-to-moment hassles of trying to survive on a hostile environment with the help of rolling the dice, relying their decisions on rely on luck and RNG

Each member of the crew has dices that can be used while performing actions throughout the ship. The results from the dice roll will determine how much process they make.

How to Get these Games for Free

Much like their previous giveaways, in order for players to get their free copies of Speed Brawl and Tharsis in the Epic Games Store, they need to go to the digital online video game store's website and look for the "Free Games" tab.

Both Speed Brawl and Tharsis will be available for free in Epic Games Store until September 23rd.