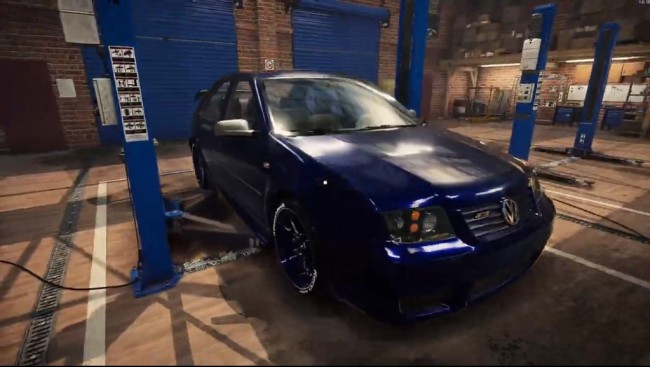 These cars can either be from those that are already installed in the game, from the two downloadable content (DLC) car packs, or from the Steam Workshop in a form of car mods.

One of the car mods that can be downloaded in the game is the Volkswagen Bora, a saloon version of the Volkswagen Golf Mk4 compact car, which was produced by Volkswagen from 1997 to 2006.

How to Restore a Volkswagen Bora

Once it is downloaded from the Steam Workshop, players will eventually see the Volkswagen Bora in the Junkyard, the Car Salon, and the Car Auctions, which is the case in a YouTube video by "From a gamer point of view."

Once they got the car from the auction, they would notice that the car, along with its engine, is in almost complete state. After purchasing it, they must transfer the car to the Car Wash in order to wash its exterior and interior.

Then, they will transfer it to the Car Lift inside of their garage. From there, they will drain its oil using the Oil Drain machine. Once its oil is drained, they can now disassemble the parts in the car, including the wheels and suspension, the engine and its gearbox, and the body kit.

If there are parts that needs to be repaired, they can repair them in the Repair Table, while those are impossible to be repaired need to be sold for additional Credits and Scraps, and instead buy new replacement parts, or new Performance parts if they want the car to have an optimal performance.

After they repaired the parts, they can now reassemble the engine itself. In order to build it, they must have the follow - the engine block, the crankshaft, the pistons with their rings, the rod caps, the crankshaft bearing caps, the oil pan, the oil and fuel filters, the alternator, and the power steering pump.

Once they reassembled the engine, they will re-install it inside the car with the assistance of the Engine Pulley, then they will reassemble the whole car, including its gearbox, wheels and suspension, body kit, and interior.

Afterwards, they can repaint its body and realign its wheels and headlights, as well as tuning up its gearbox, before they will test drive their very own Volkswagen Bora. They can either sell it for additional income or keep it as part of its garage collection.