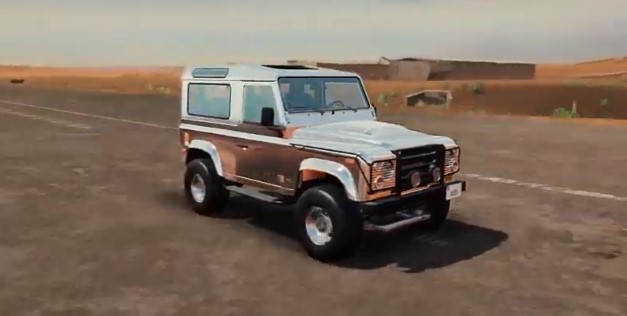 One of the those said cars that can be downloaded as mods is the Land Rover Defender, an offroader manufactured by Land Rover from 1983 to 2012, and later reproduced last year.

How to Restore a Land Rover Defender

After they downloaded the file for the car mod from the Steam Workshop, and paste it in the game's folder, they will encounter the Land Rover Defender in the Car Salon, the Barn, the Junkyard, and in the case of Pityku Customs' YouTube videos, the Car Auctions.

After purchasing said car, they must clean both its exterior and interior in the Car Wash, then transfer it to the Car Lift to examine it in order to check if there are parts that need to repair or replace.

Afterwards, they will drain its oil using the Oil Drain machine, as well as its other fluids like the brake fluid using the Drain Tool.

After that, they will repair the parts that they want to reuse in this restoration project using the Repair Table that is in the workshop. Other parts that are impossible to be repaired need to be sold for additional Credit and Scraps, which they can use to upgrade car parts.

Once they repaired, or replaced, the parts, they can now start reassembling the offroader, starting with rebuilding the engine.

They will also need the serpentine belts, the radiator fan, the ignition distributor, along with its rotor, cap, and clips, the ignition wires, the intake manifold, the carburetors, and the round air filter, including its base and cover.

After they built the engine, they will reinstall it in the car using the Car Pulley, then they will we assemble the whole offroader, including its repaired body kit, wheels, gearbox, and suspension, as well as its glass panels, lights, and interior. After that, they will replace its oil, brake fluid, power steering fluid, coolant, and windshield wiper fluid.

Then, they will customize its paint in the Paint Shop, realign its wheels and lights, tune the gears in its gearbox, and do a dyno test. Afterwards, they can test drive their own Land Rover Defender.