'NEO: The World Ends with You' Game Demo Guide: How to Get This One for Free 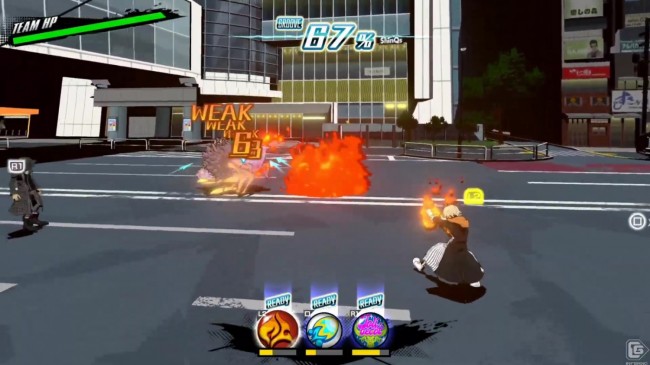 Square Enix announced that NEO: The World Ends with You will receive a demo for PlayStation 4 and Nintendo Switch. According to IGN, this was after a tweet coming from the game developers last June 24th regarding the game's launch on July 27th.

The said tweet, which was later deleted according to IGN, contains the new trailer for the game, then later a splash screen was revealed at the very end that reads "Play the Demo Now!"

Supposedly, this might be related to a tweet made by Nomura Tetsuya, the game's creative producer and character designer, through the game's Japanese Twitter Page that a same demo of NEO: The World Ends with You might be dropped on June 24th at 12:00 PM Japan Time.

Us, running to download the NEO: The World Ends with You DEMO...!

Your save file carries over to the full game when it launches on July 27th. #NTWEWY https://t.co/BJfMwnD4PA pic.twitter.com/XNMkdEfKNw

NEO: The World Ends with You is a prequel to the 2007 Nintendo DS role-playing game, The World Ends with You, which according to Attack of the Fanboy, sold poorly during its launch date but later on, it created a cult following because of the its unique art style, modern sense of fashion, and its recreation of Shibuya, the game's setting.

The game is also praised for recapturing the famous Shibuya crossing pedestrian scrambles, as well as a unique look at the downtown Tokyo.

According to Clutch Points, The World Ends with You had a very unique gameplay that required its players to use both of the Nintendo DS screens at the same time as well as both face buttons and the touchscreen.

According to Attack on the Fanboy, based on what Square Enix has shown in their teasers, the game looks like an ample modern reimagining of all the elements that fans loved in the previous game, all tied together with a cast consists of familiar faces and new characters.

In the game demo, you will play as Rindo, a high school student that will be involved in the "Reaper's Game," fighting for survival with his gang named the "Wicked Twisters."

According to Nintendo Life, while you are progressing through the game demo, you will collect and develop powerful psychic pins while experiencing the frenetic combat against the mysterious Noise through its new combat system.

How to Grab your Free Demo

If you are curious about NEO: The World Ends with You, or you are a long-time fan since predecessor's release in 2007, you should check the demo itself.

In order to do so, if you are playing in your PlayStation 4 console, you must go to your profile, then go to the PlayStation Store, then scroll down to select "Games." From there, select "Demos," and then, select the NEO: The World Ends with You free game demo.

In the game's page, select the "Try Free Demo," then the game demo itself will be automatically downloaded to the console.

According to Siliconera, you can also carry over the save data from the game demo to the full game once you purchased it.

NEO: The World Ends with You will be released to the Nintendo Switch and Playstation 4, as well as in PCs via the Epic Games Store.

READ ALSO: 'FFXIV' Fat Black Chocobo Code Redemption Guide: How to Get It for Free While Watching Twitch Streams