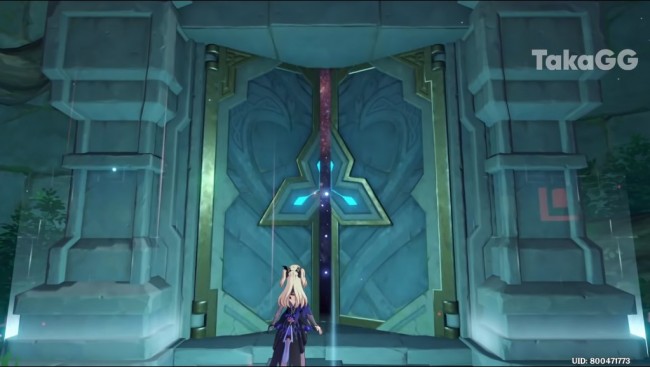 Genshin Impact's Version 2.1 has finally rolled out, and aside from its new heroes like the Raiden Shogun, Kujou Sara, and Aloy, two new islands are also added in the archipelago of Inazuma, namely the Seirai and the Watatsumi Islands.

Within these said islands, there are new domains that players need to discover. One of which is a domain inside the Suigetsu Pool, which according to Gosunoob, is located on an island northeast from the Watatsumi Island.

The said domain, according to Dual Shockers, are perfect for those who looking for some easy-to-achieve loots, ranging from money to materials to Ascension and weapon enhancement. However, in order to access the domain, players must first solve "The Palace in the Pool" puzzle.

How to unlock Palace in a Pool (domain) in Genshin Impact #GenshinImpact #inazumahttps://t.co/SBEzfQAOtE

How to Solve the Puzzle

In order to solve "The Palace in the Pool" puzzle, according to WePC, players must head towards the Suigetsu Pool. Once they have arrived in the location, they need to interact with the four big Electro Totems that is surrounding the pool.

Afterwards, they will see a statue with a blue orb. They will pay respects to that statue, afterwards four butterfly-like shapes will appear in the air around the pool.

They must go towards a cliff behind one of the Electro Totems, where they would see a cut tree with a purple Electrograna on top of it. Players need to summon it and then use it electrify all of the four brazers around the pool.

They need to keep in mind that the Electrograna will be disappeared after a certain amount of time. Once it is gone, they need to summon it again from the three. Because of this, they must be quick in electrifying said brazers.

Once they electrify these blazers, they can now attack the Totems using Electro-based attacks. As they attack the said Totems, they will notice that the water in the pool is slowing decreasing.

They must jump in the said pool, and swim through the area while ducking under stone arches. Eventually, they will find something red under the water with a tree root above it.

They climb the three next to a hatch, then they will traverse into a room filled with bluish slime-like minions. They must kill them before turning on three rhombus-shaped keys on the walls in order to open the door in the room.

Once they exit the said room, they look at their right until they saw a three that is stuck to a wall. They need to climb that said tree until they reach a ledge that they can navigate through.

They will need to jump and traverse across at the edge of the said ledge using the tree and the wall bricks to reach a cube-like switch. They must interact to that switch in order to lower the water in the pool even more.

After that, they will press the lever to open the gate, then they will follow the pathway down to another level until they make their way to the pool.

Afterwards, they need to jump again to the pool and swim back until they reach the door of Umigozen's Mansion. After interacting with it, they will now have access to a new domain inside the Suigetsu Pool. Keep in mind that in order to clear this domain, their party must be Level 89.