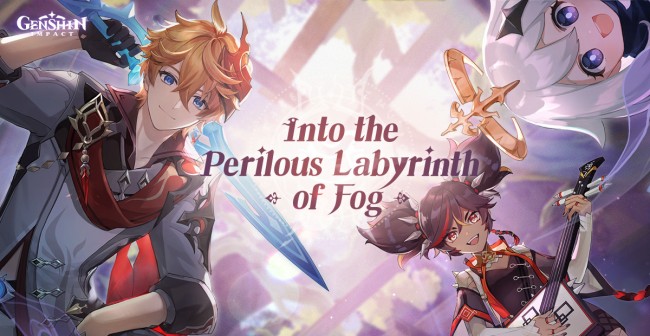 It was announced during a livestream in the recent Tokyo Game Show 2021 that miHoYo will release the long-awaited Version 2.2 Update for Genshin Impact.

The said version update is said to add a brand new island in the archipelago of Inazuma that players need to explore, as well as new characters that they can have in their team.

The said new update, according of Nichegamer.com, will also bring new additional content, as well as challenges, and seasonal events that they should participate for rewards that they can enjoy and use.

Dear Traveler,
The Version 2.2 "Into the Perilous Labyrinth of Fog" preview page is here!

Go to V2.2 "Into the Perilous Labyrinth of Fog" Preview Page >>> https://t.co/pv1npcrV7O
※ Open the event webpage from within the game and share the page to get 20,000 Mora#GenshinImpact pic.twitter.com/G0SAKw2w5P

A New Island, A New Hero

As mentioned earlier, Genshin Impact's Version 2.2 Update will add a new island in Inazuma, which was revealed in the said showcase to be the island of Tsurumi.

Before the reveal, the said island, according to Sportskeeda, was first revealed in previous Genshin Impact version update livestreams, and it was predicted to be included in the game by the leaks that was posted in social media and in web forums such as Reddit.

The said island, according to Indian Express, will be shrouded in dense fog. Players who will set their feet in Tsurumi will encounter several challenges along the way while exploring the area.

This includes the appearance of the Rifthounds and Rifthound Whelps that they need to slay in the island.

These new creatures can attack behind the island's curtain of fog and deal a "Corrosion" status to a character, which will make it continuosly lose an amount of Health regardless if they are shielded or not.

Aside from the new island, Thoma will be finally released in the Genshin Impact after months of waiting. The 4-Star Pyro user, according XDA, will act as a Support character, providing strong defense, as well as buffs.

Thoma will be included in the Into the Labyrinth of Fog Special Banner, alongside "Childe" Tartaglia and Hu Tao.

Speaking of the game's Heroes, Aloy, the 5-Star Cryo user from the previous collaboration project between the game and Horizon Zero Dawn will be now playable to all players that are Adventure Rank 20 and above once the version update rolls out.

Genshin Impact's Version 2.2 Update will also bring a line of seasonal events that players should participate.

In "Labyrinth Warriors," according to Nichegamer.com, players will travel Inazuma alongside "Childe" Tartaglia and Xinyan, and will be accompanied by a certain "Shiki Taishou," a strange paper figure that will provide help, as well as buffs.

On the other hand, in "Tuned to the World's Sounds," they will play a rhythm game-esque mini-games along with other characters in the game, including Sangonomiya Kokomi, Kamisato Ayaka, and the Raiden Shogun.

Genshin Impact's Version 2.2 Update, according to Express, is set to roll out on October 13th. The said update will be released for PlayStation 4, PlayStation 5, mobile smartphones, and PC.

While waiting for the update, the developers of the role-playing game is giving away free Primogem Codes for players to redeem.

To redeem these codes, they must be Adventure Rank 10 and above, then they need to access their Account section and click "Redeem." They can also enter the codes in their website. Once the codes are entered, the said Primogems will sent directly to their inbox, where they can claim it.