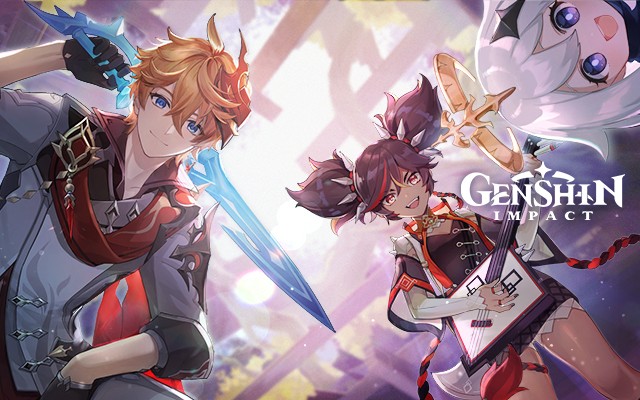 As Genshin Impact's Version 2.2 rolled out weeks ago, the online role-playing game released its "Labyrinth Warriors" event, giving its players the opportunity to earn Primogems, items such as materials for character Ascension, and a free character.

But before they clear the said event, they must unlock it by accomplishing a quest for a previous questline, as well as know its pre-requisites.

How to Unlock Labyrinth Warriors

In order to unlock the said in-game event, according to Gamestop, players must first have an Adventure Level of 30, as well as they completed Wishes, the last quest in Archon Quest Chapter 3, Act 3: Omnipresence Over Mortals.

The new event "Labyrinth Warriors" is about to begin!

The great gates of the bizarre and unpredictable Mystic Onmyou Chamber imprison fierce monsters within them.

In this quest, according to PC Gamer, players will need to talk with Yae Miko, which can be found in the Grand Narukami Shrine in Inazuma.

Once they have talked to the non-playable character (NPC), the said quest is complete, and they unlocked the Labyrinth Warriors and its questline.

To access said questline, according to GameRant, players will select the "Current Trial" on its event page, and then they will go to "The Ominous Demesne," where they will click the "Go to Quest" tab.

Afterwards, they will be prompted to visit Katheryne, another NPC in the game that can be seen at the Adventurer's Guild in Inazuma City. Once they have talked to her, the first part of Labyrinth Warriors, which is entitled A Tricky Situation, will begin.

After they have talked to Katheryne and accept the quest, according to Gamespot, players will go to the Tenryou Commission, which is also located within Inazuma, where they meet with Xinyan.

Afterwards, they will talk to Kujou Sara, where she will give them a directive to investigate a mysterious new domain that is west of the Grand Narukami Shrine.

Players must go to the said, until they discover the Mystic Onmyou Chamber, which is the entrancetowards the domain.

Once they entered the said domain, they will be asked to choose three Shikifudas, each has its own unique bonuses. Once they chose their preferred Shikifuda set that will help them in the quest, they will now choose which characters that will be included in the party.

If they want to focus more on crowd control while shielding themselves against the horde enemies that they will meet during the quest, game8.co suggested a lineup consist of Xiao, Kazuha, Albedo, and Zhongli.

But, if they want an affordable and free-to-play alternative, they can consider a character line-up consist of Noelle, Xiangling, Kaeya, and Traveler (Geo), as they provide the same shields and continuous area of effect (AoE) damage that is perfect for crowd control.

They can also add Healers and other Support characters as they will get damage from not just the monsters that they will encounter, but also from booby traps like electro arrows, bombs, and floorboards filled with balethunder and curses.

Speaking of floorboards, in order to avoid a potential curse coming from them, players must have to stay close to the walls while walking its halls, as well as elevated parts that they can climb and walk around it.

Along the way, according to Dual Shockers, players will encounter several shining objects that they need to investigate. These objects can be seen between crates and boxes, and while most of them might be vegetables, if they are lucky enough, they would also get packs of 30 Damaged Replica.

How to Clear the Trials

Once the Trial commences, players will now use the map in order to pinpoint the areas within the said floors that has the Emplacement challenges. The said map can be seen right next to the minimap, and can be accessed just like the game's main map.

Once they cleared it, a Martial Trial will be unlocked, which requires them to clear obstacles and objectives that they need to finish in order to earn rewards such as Primogems, More, Aged Tokens, Hero's Wit, and Crowns of Insight, as well as materials for a character and weapon's Ascension and Talent Level-up.