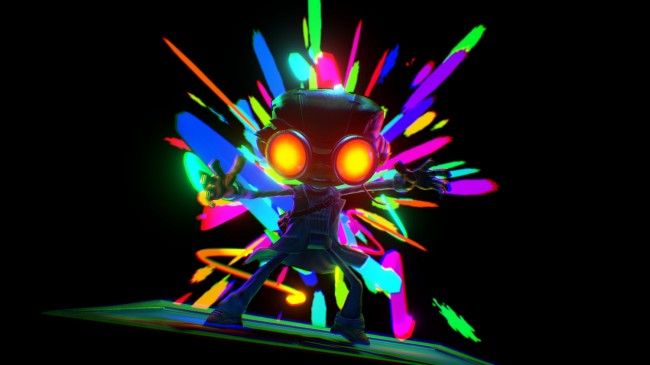 Psychonauts 2 has received a patch update, which brought in several additions and fixes in the side-scroller game.

The said additions will focus more on post-game, or after players finished a mission in the game, where they can have free time collecting items or unlocking achievements, while the fixes are focused more the its stability, as well as few issues that might cause more problems if they are addressed.

One of the aforementioned additional features that will introduced in Psychonauts 2 courtesy of the patch update is the Bonus Psychoseismometer.

It's patch time for Psychonauts 2! There's new tools for finding collectables and combat arenas for snagging spare achievements and showing off your Limitless powers!

Our lead designer Seth outlines all of the cool the new features in this video.https://t.co/s6xsAwJWnr

According to the patch notes that was posted in the game's Steam page, the said bonus meter can be unlocked in Otto's laboratory once players finish Gisu's sidequest.

Before this update, Psychonauts 2 gives them the opportunity to find three of these machines, all of which were hidden within the game.

The first of the said Psychoseismometers, according to GameRant, can be seen in a cave just beside the sign for the Blastcap Becky Cave, while the other two can be seen in several spots within the Questionable Area.

In unlocking the Bonus Psychoseismometer in Otto's laboratory, it is now possible to unlock other enemy achievements, especially during the aforementioned post-game state.

Aside from that, according to Dual Shockers, the patch update will make check marks appear in the game's location selections menus.

This additional feature can now indicate if all of the collectibles in an area, including Emotional Baggages, Half-A-Minds, and Figments, have been found and collected.

Also, thanks to the said update, the Otto-Spot photo filter can now show said collectibles in the Otto-Shot's Photo Mode, while the Figment Viewer Menu will show all of the available Figments in an area of the game even if they have not found them yet.

Aside from the additional features, the patch update for Psychonauts 2 also brought in several fixes to the game's issues.

According to Attack of the Fanboy, this includes a fix to several issues that causes fall death and water curse, while preventing them from being broken if either of them will be interrupted by a cutscene.

It also fixed an issue where duplicate characters and stray animation appears in several cutscenes, as well as an that could cause flickering around objects submerged in water.

The patch update also brought in general improvements for the game's stability for all of its platforms, including PC and consoles.

It also improved the environmental collision in order to prevent the player and an object, or objects, to rarely falling through walls and floors.

The patch update also expanded the mental health advisory messages that are popping throughout the game.

As for the platforms themselves, the patch update also improved the resolution the game's PlayStation 4 version, as well as its stability on the PlayStation 5.

It also added a Pause feature for its PC version when every time a controlled was unplugged, as well as it standardized its controls between cutscenes and dialogue trees, and improved its streming touch controls for the xCloud.